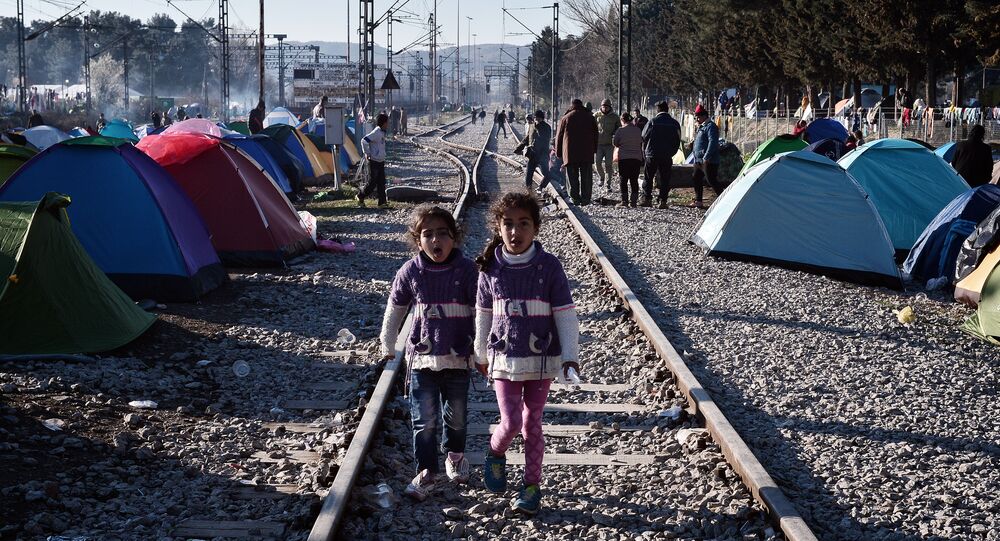 Budapest is calling for further negotiations on the issue of resettling Syrian refugees from Turkey in the European Union, as the plan goes against European and Hungarian interests, government spokesperson Zoltan Kovacs told Sputnik on Tuesday.

© AFP 2020 / Robert Atanasovski
Czech Police Practice Deterring Migrant Flows on Austrian Border
MOSCOW (Sputnik) – On Monday, the Turkey-EU summit on migration took place in Brussels. Turkey pledged to take back all undocumented migrants that had arrived to the European Union and send in their place legal Syrian refugees to the bloc on one-for-one basis in exchange for the acceleration of visa liberalization negotiations and EU accession talks.

"We believe that it [the resettlement of people] is against Hungarian and EU interests, so further negotiations are in need to be able to handle this situation," Kovacs said.

The migration agreement and cessation of the influx of illegal refugees also puts an end to the Balkan route used by migrants who traveled from Greece through Macedonia, Serbia and Hungary to Austria and Germany.

"We are pleased that finally the political will is to close the illegal border crossings and catch the chain of human trafficking at the Western Balkan route," the spokesman said.

Last year, EU members states decided to redistribute some 160,000 migrants across the bloc. Hungary, along with Poland, Slovakia and the Czech Republic, opposes the implementation of the mandatory EU quota scheme for relocating refugees.

In February, Hungarian Prime Minister Viktor Orban announced that a national referendum would be held on the issue. Kovacs told Sputnik earlier this month that the vote was likely to take place by early fall.

EU, Turkey Agree on Plan With Ankara Taking Back All Illegal Migrants