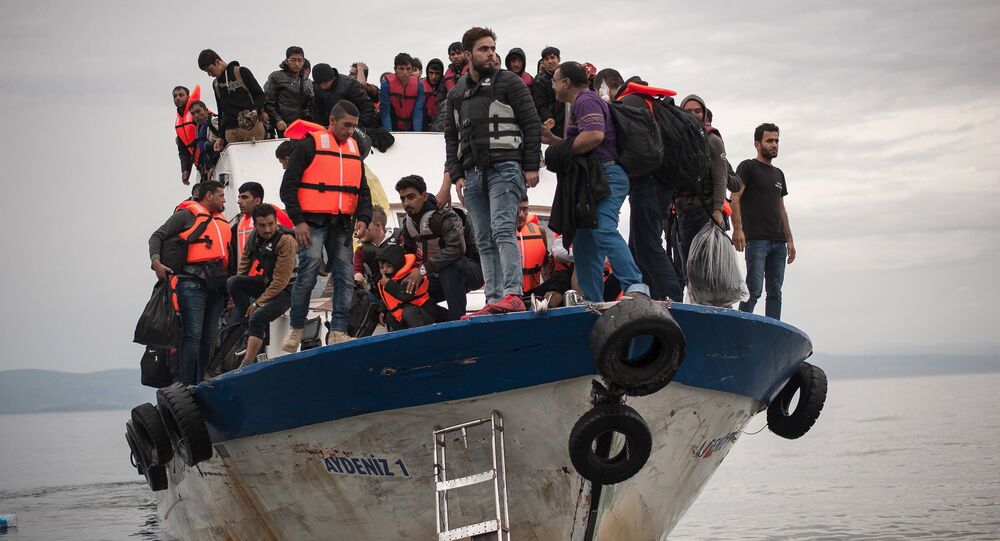 The agreement between the EU and Turkey is flawed "in every possible respect," strategic and risk analyst Dimitris Rapidis told Sputnik.

The deal between the EU and Turkey to stem the flow of refugees and migrants into Europe is "another bad deal" which has "many flaws in every possible respect," including its legal foundations, Dimitris Rapidis, Director of the Bridging Europe think-tank, told Radio Sputnik.

​"Rules on asylum are very clear; all applications from migrants and prospective refugees have to be properly considered," Rapidis said.

"There's no discussion of that, and no deliberation on whether every migrant that crosses Turkey towards the European Union can be considered and has the right to make an application to be considered an asylum seeker," particularly given that Turkey is not a full member of the Geneva Convention.

"The UN has every right to say that we have a violation of fundamental human rights because this agreement does not respect the basic rules of the Geneva Convention on refugees, and as long as Turkey cannot be considered a safe third country, all refugees and migrants that are pushed back into Turkey after this agreement are at risk of being in limbo in Turkey."

The second fundamental flaw is that the agreement the EU and Turkey made in November to control refugee flows and dismantle the smugglers' network has not been implemented by either side, Rapidis said.

"As we have seen so far from the data we have at our disposal, there had been an increase in refugee flows from Turkey to Greece and then to the European Union."

© AP Photo / Osman Orsal, File
Greeks Worried by Influx of Kurds if Turkey Given Visa-Free EU Deal
The EU has likewise not implemented its side of that agreement, by failing to abide by its commitment to monitor the process agreed with Turkey, and has not sent the technical and financial support promised to the Turkish government.

The expert also warned that the prospect of closing the Balkan migration route, as the countries on the route aim to do, "will suffocate Greece."

"The country is already suffering a financial crisis, and it has already received more than 900,000 refugees since the beginning of 2015, and there are many stuck in Idomeni, near the border."

© REUTERS / Yves Herman
Turkey’s $6.6bn EU Bribe
"But essentially the problem is not that much that the borders are closed, the problem is that the EU is not implementing the relocation agreement that was signed last autumn, which is to relocate 106,000 refugees from Greece and Italy to the other European member states."

"As long as the relocation program is not implemented, and as long as we have closed borders all over the Balkan corridor, I think that the problem will get much bigger for Greece and the EU."

"The EU has a huge leadership and decision-making problem so far, and it's not addressed even after yesterday's statement."