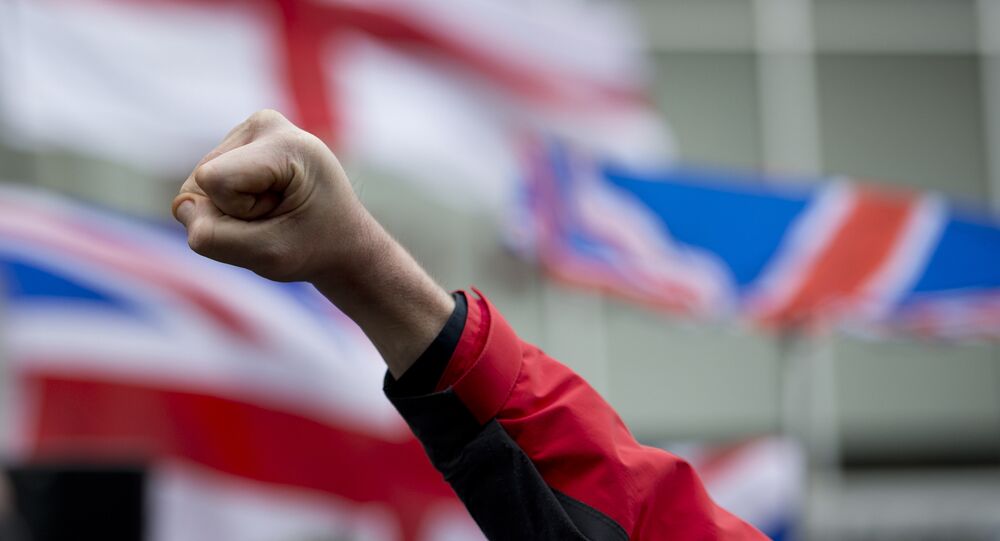 In an attempt to limit the number of immigrants settling in the UK, Home Secretary Theresa May wants non-European Union migrants to earn US $50,000 and above to remain in Britain.

© Flickr / Peter Miller
UK Immigration Bill to Give 'Unbelievable Control to Human Traffickers'
The same Home Secretary, who championed the Anti-Slavery Bill, appears to be quantifying people — more specifically immigrants — as a commodity. Theresa May wants to only allow people to remain in the UK on the basis on how much they are worth to the British economy.

During a debate in Westminster which was secured by a petition calling for the government to scrap the US$50,000 threshold, Scottish National Party MP Stuart McDonald quoted a member of his constituency who could face deportation under the new rules, despite holding three university degrees.

"This £35K [US$50] threshold determines the worth of an individual based solely on income rather than contribution to society, which is not just inhumane — it's short-sighted. The UK will lose essential staff like nurses, teachers, and care workers, and for what?

"I sincerely hope that Parliament will think better of this fooling knee-jerk policy," she states, as read out by Stuart McDonald.

#ImmigrationBill is nasty, punitive & lacking evidence base, & will undermine precisely the social cohesion Minister says she cares about

"If we had not had immigration or migration over the centuries, this world would be a much more miserable and unlivable place than it is today."

The debate was the first time MPs had the chance to analyze the US$50,000 threshold for non-European Union workers since it was pushed through without a Commons vote in 2012. It's due to come into effect in April and will mean migrant workers who have lived in Britain under the Tier II visa system could be deported unless they prove they will earn at least US$50,000.

"Tier II visas, let us remind ourselves are given to people who are coming to work here in a job that has already been advertised locally," Mr Sheppard argued.

Mr Sheppard also read out a letter written to him by one of his constituents who believed the Home Secretary's proposals reflected a preference towards high earners in private sectors over non-EU migrants working in the public sector and creative industries.

"The Secretary of State has a value system behind this — that they view some jobs as more important than other and that if someone is working in banking or financing and earning a good salary, they are regarded as inherently more valuable and someone we would want more than someone who is working in a lower-paid job in our public services or the arts and creative industries," the letter stated, as read out by Mr Sheppard.

Honing in on the point that the creative industries in Britain would suffer from the threshold, Mr Sheppard said you can't tell people: "to practice the arts here, you have to be in a job earning £35,000 [US$50,000] a year or you can't do it.

"As soon as we begin to do that, not only will that culture begin to ebb away and things will get that much duller, less creative and less exciting as a result… people will go elsewhere," Mr Sheppard argued.

The Stop35Kcampaign released a statement following the debate:

"We urge the government to reconsider the implementation next month, and give the Migrant Advisory Committee an opportunity to complete a thorough assessment of suitable pay thresholds across jobs and geography in the UK."

The commodification of non-EU immigrants is set to come into force next month. Theresa May was criticized for not being present at the debate which was only attended by seven SNP MPs, three Conservative MPs and two Labour MPs.