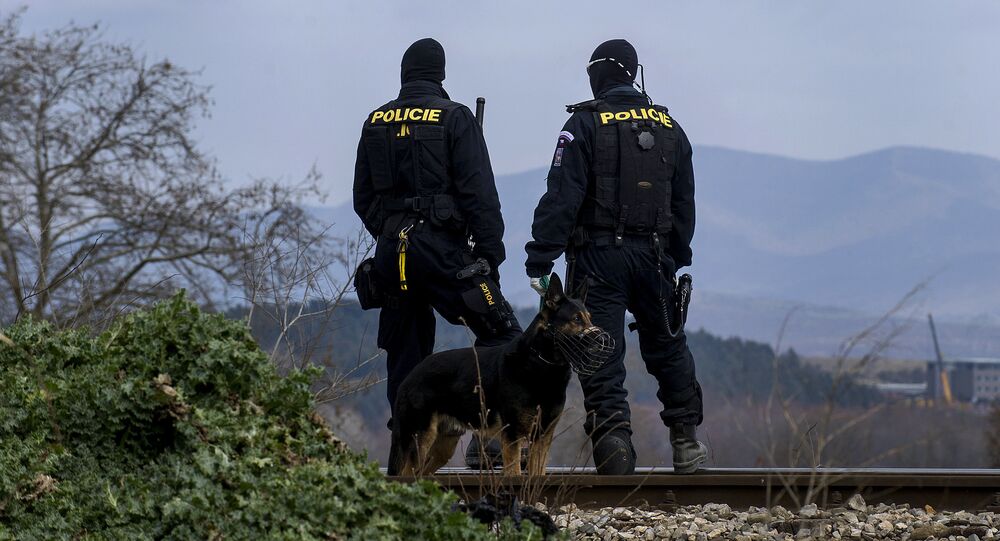 "The aim of the exercises is to practice activities that we know from such countries as Hungary, Macedonia, Slovenia," Tuhy told reporters.

The exercise involves 200 police and 20 customs officers, who are required to verify the reliability of the Czech-Austrian border in the event of any cases of mass trespass by undocumented immigrants. The Czech authorities suggest such a scenario is possible if Austria completely seals its border with Germany.

© Flickr / Daniel Juřena
Czech Police Takes All Steps Required to Ensure Security Amid Terror Threat
The length of the Czech-Austrian border is 464 kilometers (288 miles) and it has 20 border crossings. Most of the border is in the forest and mountainous area.

In the course of the drills, conventional "refugees," imitated by students of several police universities and academies, are expected to appear in the border area. Some of the participating police officers have already had an experience of direct interaction with refugees and asylum seekers during recent working visits to Hungary and the Balkan countries.