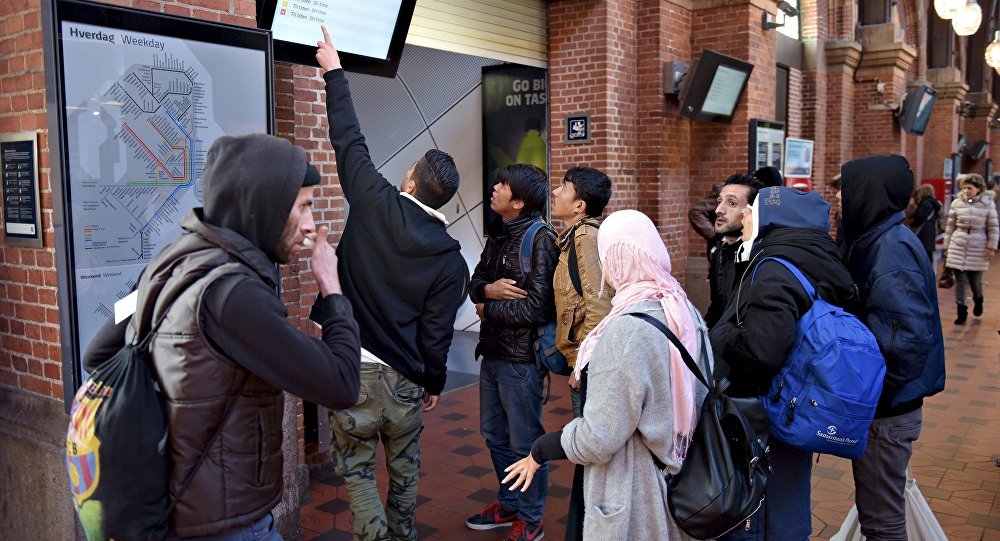 Member of Danish parliament Marcus Knuth said that a tough immigration bill allowing Denmark officials to confiscate non-essential refugees' belongings valued at over $1,450 to partly cover the cost for hosting them.

“I am convinced, that had we proceeded without the bill, the numbers would have been much higher than they are today,” Knuth assured, adding that early numbers indicate that the measures were working well.

The 95-page bill passed on January 26 also introduced a higher fee that refugees must pay when submitting their application for family reunification as well as cuts to social benefits for newly-arrived refugees.

“Denmark is more than willing to receive our share of the people in need, but we have to reduce the numbers so that we do not end up like Sweden, who has taken more than their asylum system can handle,” the lawmaker said.

According to data by the Danish Immigration Service, last year Denmark received 9 percent of all the asylum seekers in the Nordic countries in 2015. Finland and Norway each received 13 percent and Sweden —65 percent.

Some 25,000 refugees are expected to arrive in Denmark in 2016 with 17,000 of these eventually being transferred to municipality integration programs, according to the February press release by the Danish Ministry of Employment.

Knuth said the large number of migrants arriving in Denmark and other Nordic countries has been pressuring the national budgets, therefore the Danish government decided that the number should be reduced. After tightening the law on immigration, the main focus of the government shifted on migrants' integration to make sure that the refugees who are going to stay in Denmark may become a part of the Danish society, the lawmaker added.

Knuth stressed, however, that Denmark may introduce further measures to curb migration if necessary.

Denmark Extends Control on Border With Germany for Another Month

On the Road: Biker Films Astonishing Journey From Denmark to SE Asia