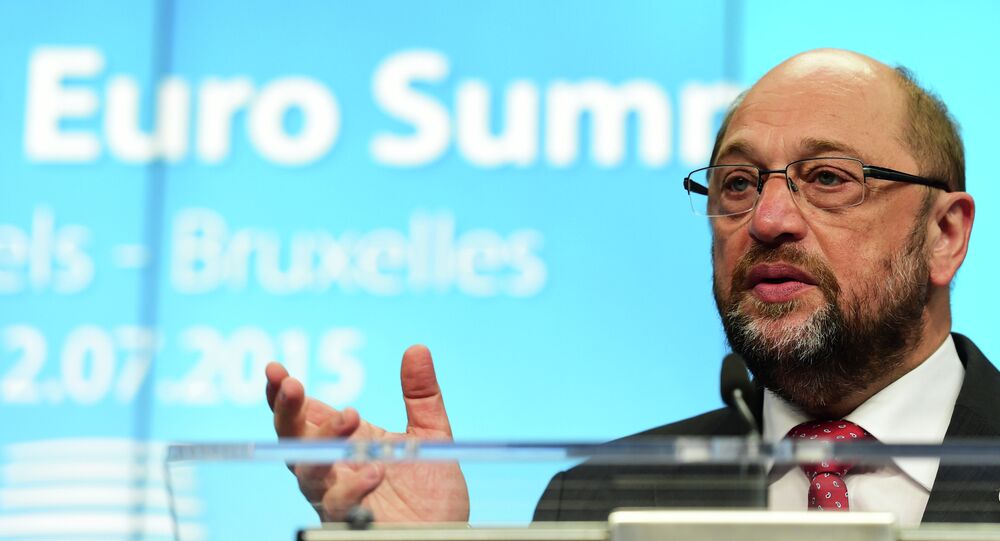 European Parliament President Martin Schulz expressed hope on Monday that the cooperation between Ankara and Brussels in the settlement of the migration crisis would be increased.

© AP Photo / Burhan Ozbilici
Turkey Should Take Up EU's Call to Defend Freedom of Speech - Mogherini
MOSCOW (Sputnik) – The EU-Turkey summit focusing on stemming migration flows into the bloc kicked off in Brussels earlier in the day. On the sidelines of the summit, Schulz met Turkish Prime Minister Ahmet Davutoglu. During the meeting, Schulz and Davutoglu discussed a number of bilateral issues between Ankara and Brussels.

"We should find the ways to help those, who are in need to be protected, especially the families from Syria and Iraq. The cooperation with Turkey is essential for this issue. I hope that we will advance a little in this issue today," Schulz told reporters following the meeting with Davutoglu.

Schulz added that he hoped that the sides would find the ways to help refugees during the ongoing summit.

Europe has been beset by a massive refugee crisis, with hundreds of thousands of undocumented migrants fleeing their home countries in the Middle East and North Africa to escape violence and poverty. The majority of migrants, especially from Iraq and Syria, arrive in Europe through Turkey.