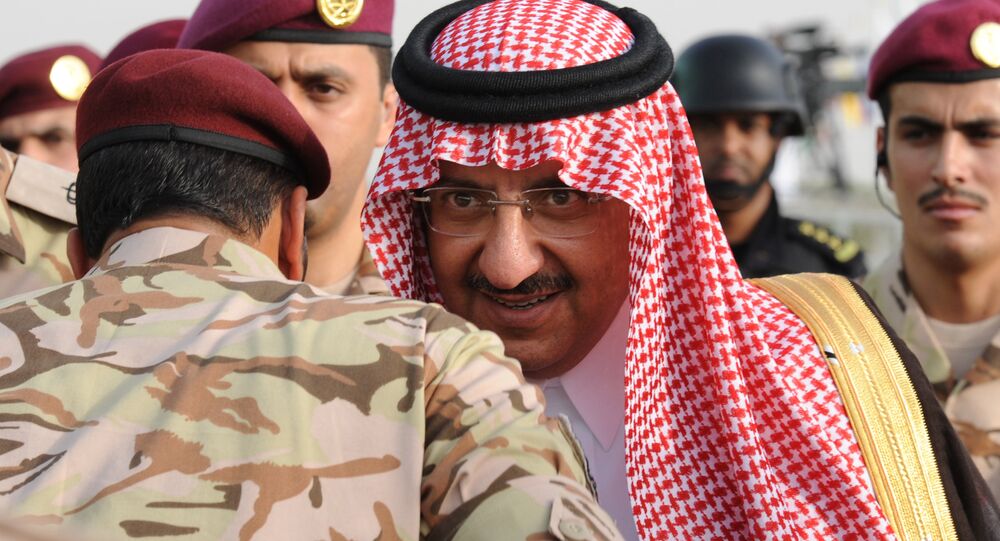 There is growing anger at the way many western nations continue to court the oil-rich Saudi regime despite its appalling human rights record, after France awarded its top Legion d'Honneur award to visiting Saudi crown prince Mohammed bin Nayef.

The Legion d'Honneur was established by Napoleon Bonaparte in 1802 and is the highest decoration in France. According to the Saudi news agency SPA, Nayef was cited for his "efforts in the fight against terrorism and extremism."

A spokesperson for French President Francois Hollande said Nayef, who is the Saudi interior minister, received the honor as a "foreign individual, a common protocol practice," noting that Hollande himself received Saudi Arabia's top honor during one of his visits there.

The award of the honor has brought swift reaction from human rights groups who say it is a further example of the way western nations suck up to the rich Saudi regime, keen to protect oil flows and arms sales in spite of the Middle Eastern nation's poor human rights record.

@CliveSSmith Hardly any other merit visible. This honour seems to be the little extra thrown in the weapon-deals. Tell-tale secrecy!

The news comes on the weekend Saudi Arabia carried out its 70th execution so far this year. Amnesty International says there were 150 executions in 2015, many of which did not meet the standard of "most serious crimes." Most are carried out by public beheading, often with a sword.

"Despite limited improvements in the field of women's rights, the Saudi Arabian authorities have pursued a ruthless crackdown on all forms of dissent, increased their use of the death penalty and maintained practices that discriminate against the country's Shi'a Muslim minority," Amnesty said.

Campaigners last month called on governments attending the latest round of discussions on the implementation of the Arms Trade Treaty (ATT) in Geneva to set their hypocrisy aside and stop selling billions of dollars-worth of deadly weapons to Saudi Arabia being used to attack Yemeni civilians.

The Control Arms Coalition names France, Germany, Italy, Montenegro, the Netherlands, Spain, Sweden, Switzerland, Turkey, the UK, and the US as having reported licenses and sales to Saudi Arabia worth more than $25bn in 2015 including drones, bombs, torpedoes, rockets and missiles. These are the types of arms currently being used by Saudi Arabia and its allies for gross violations of human rights and possible war crimes during aerial and ground attacks in Yemen.

"These countries are arming and aiding a campaign that's bombing, killing and starving civilians," said Yemeni researcher Nawal al-Maghafi, who has witnessed the aftermath of recent airstrikes in Yemen.

"Governments such as the UK and France were leaders in seeking to secure an ATT — and now they are undermining the commitments they made to reduce human suffering by supplying Saudi Arabia with some of the deadliest weapons in the world. It's truly sickening," said Anna Macdonald, Director of Control Arms.