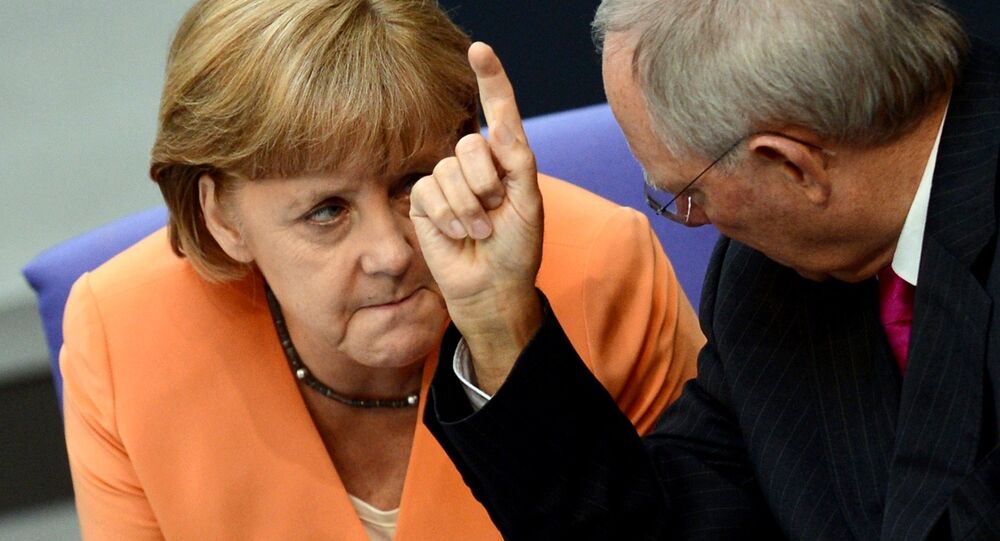 Germany's Finance Minister Wolfgang Schäuble has made it clear Greece will have to stick to tough budget targets as part of its third bailout package, despite having to cope with the worsening migrant crisis.

Berlin has taken a tough line with Athens over both its bailout package and the refugee crisis. The German Government has been central to making Athens comply with strict fiscal reforms — affecting taxes, state pensions and public services — despite the Mediterranean nation struggling to cope with the migrant crisis. "The refugee issue and the aid program for Greece should not be mixed," a spokesman for German finance minister Wolfgang Schäuble told Reuters Monday.

Wolfgang Schauble's: "We fully support Greece in migration issues, despite the lack of solidarity in the EU." @LSEpublicevents #GerSym2016

German Chancellor Angela Merkel has been at the forefront of attempts to bring about a pan-European solution to the crisis, accusing Greece of failing to process migrants effectively and taking too much time to introduce so-called 'hotspots' to process asylum seekers.

Cynical of #Schäuble to speak about improving Greece's competitiveness only, not mentioning enormous unemployment and poverty #GerSym2016

However, her attempts to reach consensus within Europe over the relocation of 160,000 refugees in Greece and Italy have faced stiff opposition from several member states which are unwilling for agree to a mandatory quota system.

Greece has faced increased pressure recently with the continual arrival on its shores of migrants crossing the Aegean Sea from Turkey. This has been further exacerbated by the closure of its border with both Macedonia and Bulgaria by those nations' government to stem the flow of refugees into the rest of Europe.

Meanwhile, Berlin has been tough on Athens over its third bailout since the country's sovereign debt crisis of 2009. Greek creditors — the EU, the European Central Banks and the International Monetary Fund —  have imposed a series of tough economic measures on Athens that include raising and widening taxation, radical reform of its over-generous state pension system and cuts to public spending.

These have caused deep unhappiness and civil unrest within Greece, whose citizens are buckling under financial pressures and struggling to cope with the refugees arriving on its many islands over the past years.

There is, however, a deep irony in Germany's tough line of Greece, which historians are keen to point out. Berlin is refusing to allow Athens to take advantage of "debt relief" under which its creditors would write off a proportion of its debts to allow its economy to stabilize.

Wolfgang Schauble: "We may lose the next election in Germany because of our stance in refugee crisis." @LSEpublicevents #GerSym2016

Germany, however, took advantage of just such debt relief under the London Agreement of 1953, under which Germany's post World War I and World War II debts were reduced by 50 percent and its repayments were spread out over 30 years. Crucially, Berlin's repayments were only due while West Germany ran a trade surplus, and that repayments were limited to 3% of export earnings.

There are many in Athens who believe Berlin is being unduly harsh on Greece and point to the deeply hypocritical and harsh line Berlin is taking over its crippling economy, in view of Germany's historical let-off in 1953.

87% of Greeks Unhappy With Current Government