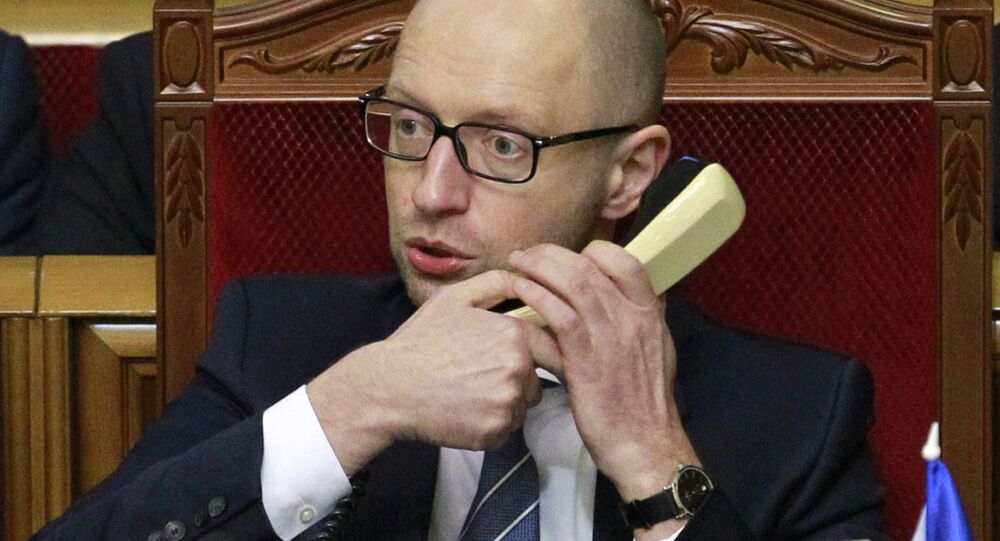 © Sputnik / Stringer
Yatsenyuk 'Strips Ukraine of the Last Chance to Survive'
KIEV (Sputnik) – Ukrainian Prime Minister Arseniy Yatsenyuk said on Sunday his political opponents failed to offer an alternative plan and a new cabinet to end the political crisis in the country.

"I made an address the last time for my political opponents to present an alternative plan and an alternative team to implement changes, which has not been done," Yatsenyuk said in a weekly address to the nation.

He invited the remaining members of the coalition to "restore the stability of Ukraine’s pro-European parliamentary coalition and allow the government to work and answer to the Ukrainian people."

"If someone has a better program, a stronger team and a coalition willing to support it, then present it to the people of Ukraine. For now full responsibility lies with us," Yatsenyuk said.

Ukraine's political crisis has deepened following the de-facto collapse of its ruling coalition.