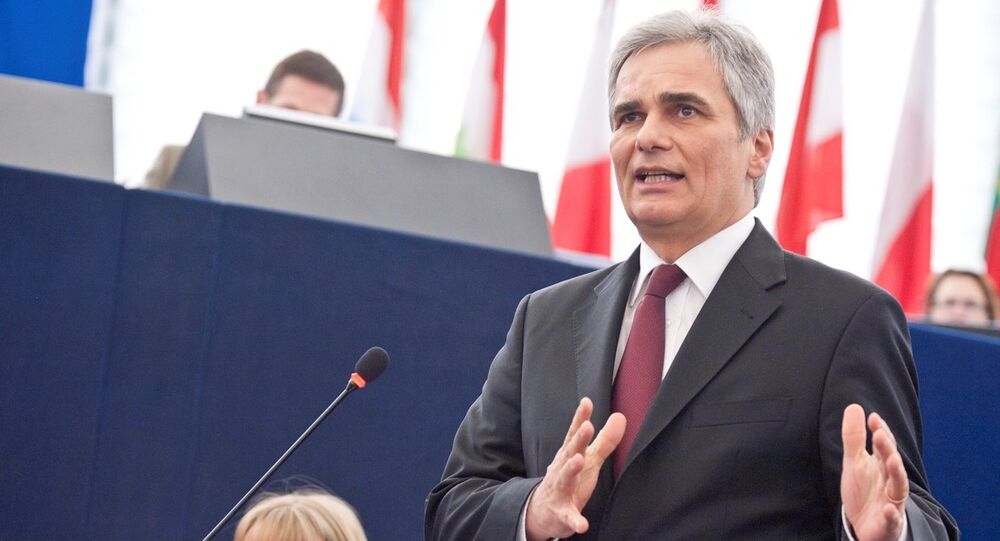 Austrian media reported that Chancellor Werner Faymann urged German counterparts to introduce a quota for admission of 400,000 refugees per annum.

On February 17, Austria announced that it was placing a daily limit of 3,200 on people entering its territory and that it would cap its acceptance of new asylum applications to 80 per day. The following day, police chiefs in Austria, Slovenia, Croatia, Serbia and Macedonia announced an agreement to jointly profile and register refugees and asylum-seekers at the border between Macedonia and Greece.

According to Faymann, the European union should reduce the number of refugees "massively," and if all EU countries followed the example of Austria, Europe will be able to take a total of two million refugees.

Europe has been overwhelmed by hordes of migrants from Syria and the Middle East, but also other countries, seeking asylum primarily in the wealthier EU member states such as Germany and Austria. The Frontex EU border agency detected over 1.85 million illegal border crossings at the bloc last year.

Austria Security Unchanged Despite US Warning on Terror Threat in Europe