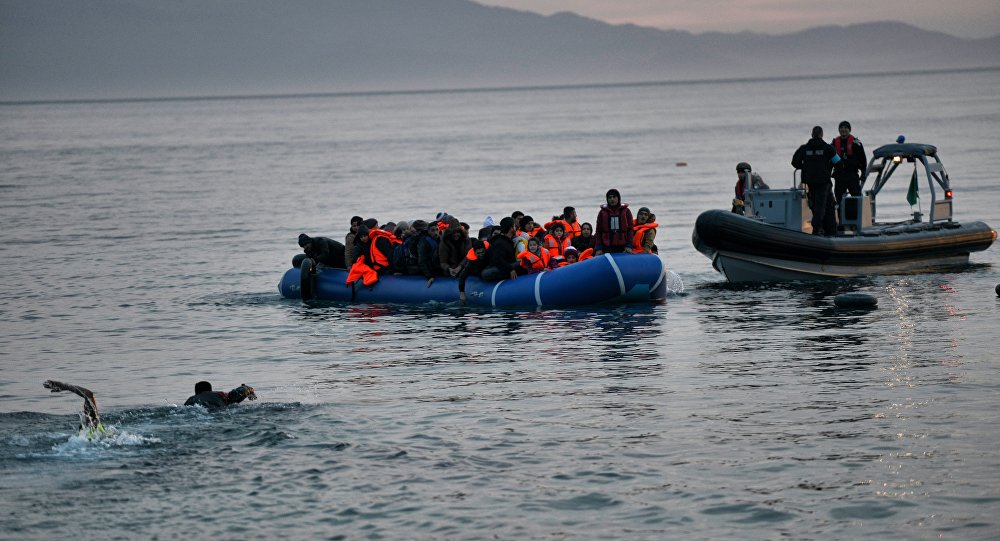 France will deploy a ship in the Aegean Sea to curb the influx of migrants.

© AFP 2019 / Robert Atanasovski
Migrant Crisis in Europe 'Heading Toward Humanitarian Catastrophe'
PARIS (Sputnik) — Paris will deploy a ship in the Aegean Sea to control the influx of migrants attempting to cross into the European Union from Turkey, French President Francis Hollande said Thursday.

"NATO decided to deploy its ships between Greece and Turkey, in the Aegean Sea. I announce that France will give own ship to ensure control [over the migrant inflow]," Hollande said after a meeting with German Chancellor Angela Merkel in the Elysee palace.

The decision to send NATO naval group to the Aegean Sea was taken at the NATO Defense Ministers meeting in February.

Europe has been beset by a massive refugee crisis, with hundreds of thousands of undocumented migrants fleeing their home countries in the Middle East and North Africa to escape violence and poverty. Many of them take the West Balkan route, which crosses the Aegean Sea and Greece, to travel to wealthier EU states.

The International Organization for Migration recorded almost 135,000 migrant and refugee arrivals to Greece by sea in 2016, tens of times more than in the same period of 2015.