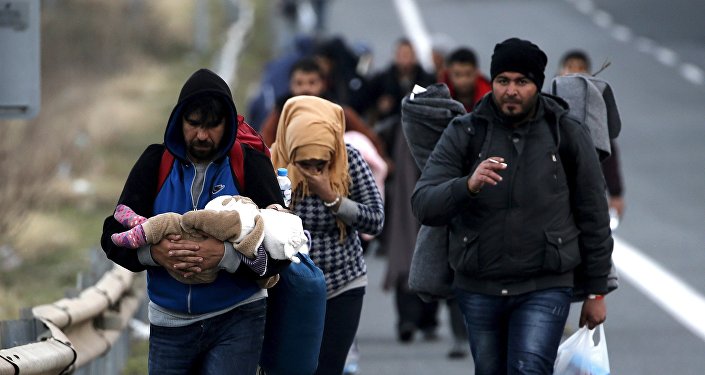 © REUTERS / Yannis Behrakis
You Think Europe is Suffering a Migrant Crisis? Think Again
MOSCOW (Sputnik) — The Russian Foreign Ministry cited Meshkov as saying during a conference in Rome that the situation is becoming acute in the socio-economic area and that intolerance, chauvinism, and xenophobia are on the rise in Europe over the influx of refugees.

“We are carefully following the developing critical situation in regard to the flow of refugees onto the European continent and just like our partners, we are seriously concerned.”

“We believe that the current migration crisis in most of its aspects is already nearing a humanitarian catastrophe. We’re talking first of all of the acute problem in the socio-economic sphere and at the same time, mutual intolerance, chauvinism, and xenophobia have seriously grown,” Meskhov said.

Europe has been beset by a massive refugee crisis, with hundreds of thousands of undocumented migrants from the Middle East and North Africa fleeing their home countries to escape violence and poverty.