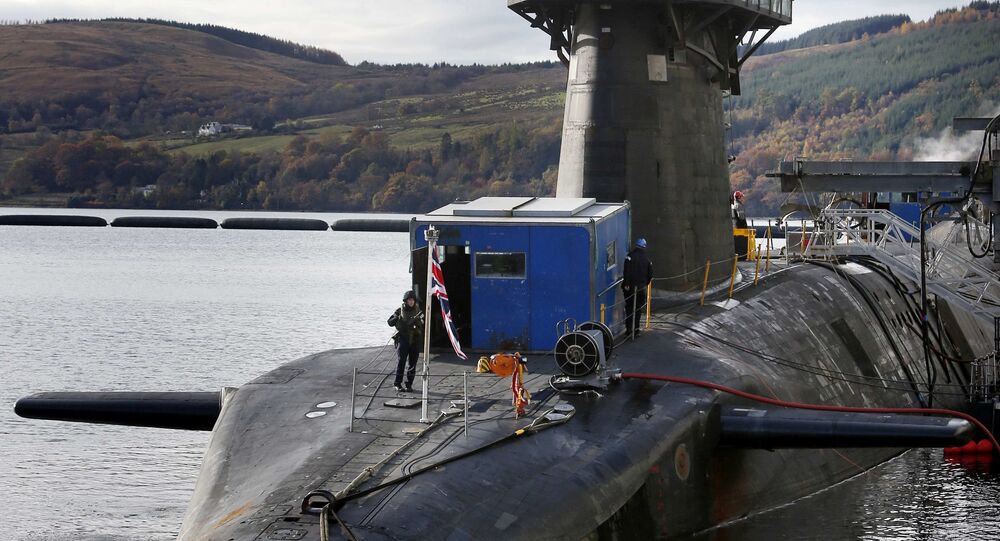 UK's Trident Is a Dinosaur of Mass Annihilation
EDINBURGH (Sputnik), Mark Hirst – The Scottish lawmaker was speaking after UK Defense Secretary Michael Fallon announced the government would spend an extra 640 million of pounds ($906 million) in investment in new Trident programs before the UK parliament had agreed whether to proceed with renewal of the weapons system.

"Proponents of Trident renewal are unmoved by arguments of morality or finance. However, it is astonishing that they pay little heed to those on the military who point out this weapons system is already obsolete," Finnie said.

"Trident has no realistic part in ameliorating the threats faced by the UK. By pressing ahead with Trident, regardless of the facts, Mr Fallon joins a long line of UK defense ministers who show contempt for the public and our democratic processes," Finnie noted.

The total cost of renewing the Trident nuclear system has risen steadily with official figures suggesting the final bill could be as much as 31 billion of pounds ($44 billion), but anti-nuclear campaigners claim the overall running costs of operating the system over its lifetime amount to 100 billion of pounds ($141 billion).