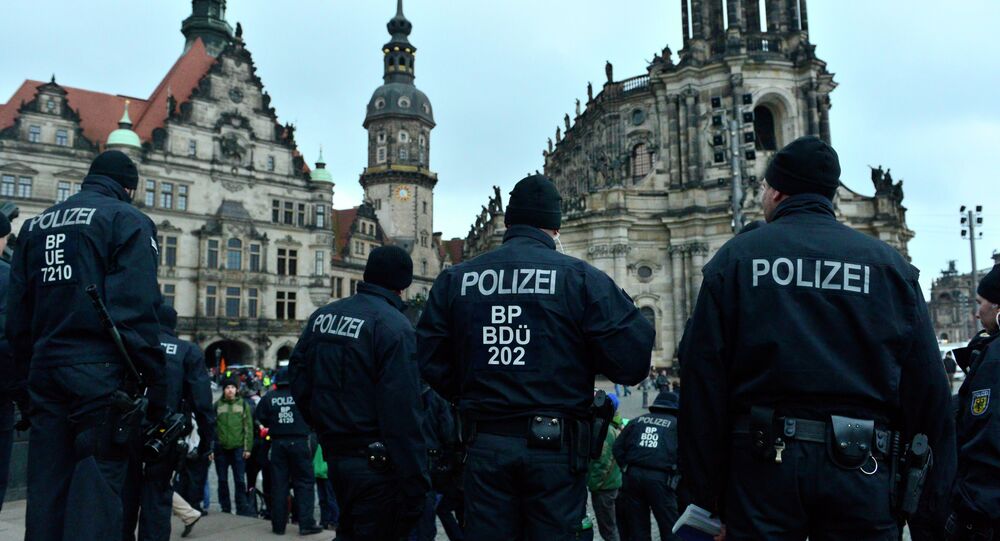 Police in the eastern German state of Saxony might show greater tolerance of far-right extremism than the population, the local deputy governor suggested in an interview with Die Zeit on Thursday.

MOSCOW (Sputnik) — In the past year, Saxony was hit by a wave of anti-migrant protests organized by Dresden-based anti-Islamisation group Pegida. AfD leader Frauke Petry also suggested that police shoot at migrants who try to cross into Germany illegally.

© AFP 2021 / Roberto Pfeil
German Police Launch Inquiry to Punish Cologne Sex Attacks Whistleblowers
Dulig said that Saxonian police did not make any arrests after a recent attack on a bus with refugees near the town of Clausnitz. Instead, the police chief said at a press briefing that migrants were partially to blame for the incident.

Germans have been increasingly upset about the government’s open-door policy toward refugees, especially after New Year Eve’s sex attacks by men of alleged refugee background on women in Cologne.

Some 20 Arrested During Pegida Anti-Islamization Rally in Amsterdam

Pegida ‘Costly’ Anti-Islamization Rallies Have No Place in Birmingham