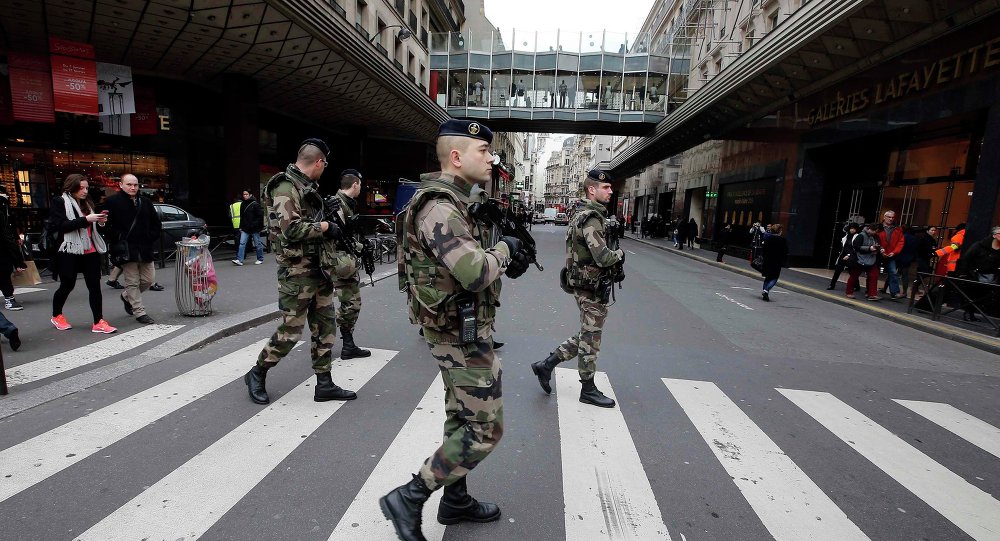 Lawmakers in the European Parliament have criticized the increase in counterterrorism and national security measures in the wake of the terrorist attacks which they say are being used as means to legitimize internal repression in several EU countries.

There has been a huge increase in counterterrorism activity in Europe following the Charlie Hebdo shootings in Paris, the related hostage-taking in a kosher supermarket at Porte de Vincennes in east Paris and the November 13 attacks in which 130 were killed and hundreds injured in a series of shootings and suicide bombs.

The terror attacks exposed deep flaws in information-sharing between the EU states, as well as a lack of capability within its law enforcement agency Europol. The European Commission in January proposed a series of measures designed to cut off the financing of terrorism. France itself controversially extended its state of emergency, allowing the authorities extra search powers and the ability to ban street gatherings.

Speaking at a conference on counterterrorism and human rights at the European Parliament in Brussels, Socialist and Democrat (S&D) lawmakers have called for greater respect to be given to human rights in the fight against terrorism. The call comes amid concerns that counterterrorism and national security are being used as means to legitimize internal repression in several EU-partner countries.

"Over the last 15 years we have seen a very real regression in human rights and individual values around the world. We have seen democratic countries enact laws that allow for indefinite internment of people without any specific charge, based merely on the suspicion of involvement in terrorist activities.

"Even more worryingly authoritarian states have adopted increasingly repressive laws in the name counterterrorism. These have been used to repress opponents, human rights activists and criminalize any form of social protest. We have to be coherent — countering terrorism is vital but it cannot be used as an excuse for weakening human rights or the rule of law in Europe or across the world," she said.

The Austrian Parliament has adopted a law which allows a new security agency to operate with reduced external control and to collect and store communication data for up to six years. The Netherlands too is considering a set of draft laws introducing intrusive measures, including dragnet surveillance of all telecommunications,

The UK government this week introduced its controversial Investigative Powers Bill — the so-called Snoopers' Charter — into parliament allowing for the collection and retention of users' email and internet use.

"Terrorism constitutes a serious threat to human rights and democracy. While action by states is necessary to prevent terrorist acts and to ensure the security of our citizens, this cannot mean a carte blanche for law enforcement agencies. Actions taken by government as part of the fight against terrorism must remain legitimate and proportionate to their aim."