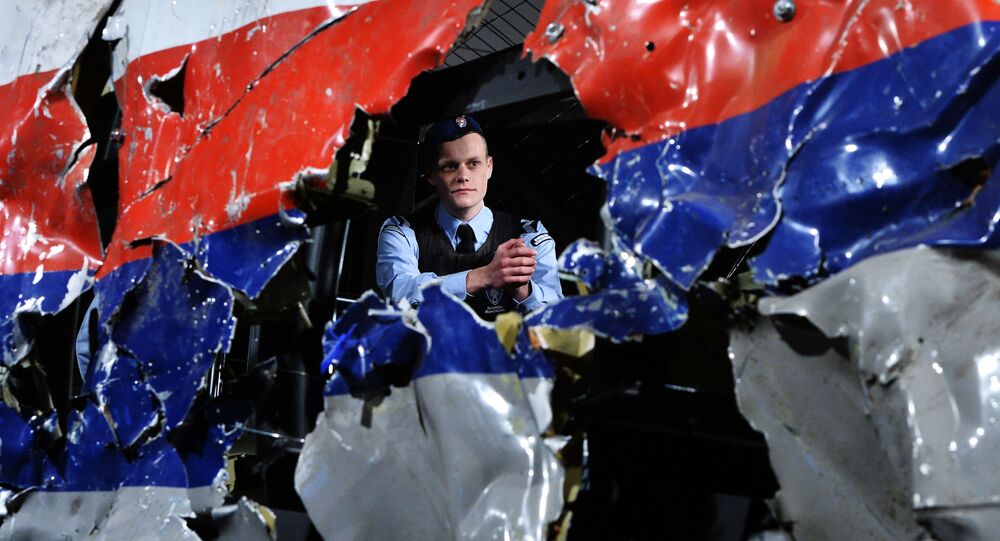 Dutch MPs have held a parliamentary debate on the ongoing investigation into the 2014 downing of Malaysia Airlines Flight MH17 in eastern Ukraine. The discussion focused on radar data and satellite imagery that US Secretary of State John Kerry claimed the United States possessed and which it called strong evidence.

“We picked up the imagery of this launch. We know the trajectory. We know where it came from. We know the timing, and it was exactly at the time that this aircraft disappeared from the radar,” Kerry said in a July 2014 interview.

Question 1. Why did not the US provide this information to the Dutch investigators?

Maksim Blinov
Evidence Disproves Dutch Report on MH17 Crash in Ukraine - Russian Investigative Committee
The Dutch MPs and members of the Dutch Safety Board insisted that they had seen no evidence of what John Kerry described as "irrefutable proof.”

Question 2. Why is the investigation taking so long?

The parliamentarians also complained about the investigation into the MH17 disaster taking too long and obvious attempts to keep the public in the dark about its progress.

Question 3. Why haven’t the key documents related to the investigation been made available to the Dutch MPs?

Some important documents related to the probe have been classified indefinitely, which means that they will be kept under wraps for good.

The reason probably being that if these documents were released, they would compromise the method of how this intelligence was collected.

If the US has either secret ground based radar in Ukraine or satellites with unknown capabilities, they will not want to disclose their collection abilities to the public.

Question 4. What is being done to prevent such tragedies ever happening again?

The lawmakers also wanted to know what was being done to rule out such tragedies in future again and make sure that civilian aircraft never fly over war zones.

When asked by representatives of the far-right Dutch Freedom Party whether such incidents could be ruled out in future, Prime Minister Mark Rutte said that such guarantees simply did not exist.

When asked during a daily briefing in Washington whether the US had provided Dutch investigators with the data that Secretary Kerry said the US had, State Department spokesman Mark Toner said: “I believe we have collaborated with the Dutch in their investigation. To what level of detail, I just don’t know.”

RT correspondent Gayane Chichakyan asked whether the Americans had shared vital radar information with the Dutch.

“I know we’ve collaborated with them; I just don’t know to what level we’ve shared information with them. I’d have to look into that,” Mark Toner said.