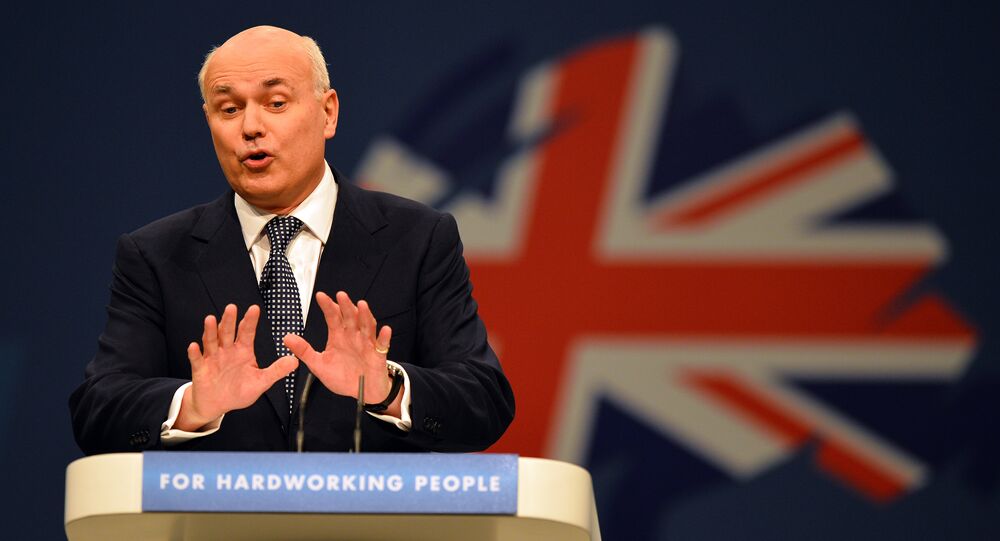 The UK government has been accused of lacking "self-confidence" following the release of a report warning of an "economic shock" if Britain left the EU. Euroskeptics have dismissed the findings as nothing more than a "dodgy dossier" and MPs have continued to trade blows over the Brexit issue.

The government warned that plans to exit the bloc would leave the country "weaker, less safe and worse off" in a report exploring Britain's potential post-EU options.

1/2 A Government document will today show the alternatives to EU membership would damage Britain.

Investigating the respective EU agreements negotiated between Norway, Switzerland and Canada, the government's "detailed assessment" warned that British businesses would face long periods of uncertainty if the country was to vote to leave the bloc in June's referendum on EU membership.

2/2 Leave campaigners must now set out what their detailed plan for Britain outside the EU is — and its impact on the economy and prices.

Despite the government warnings, Euroskeptics criticized the findings as being overly pessimistic. Leader of the Commons Chris Grayling described the findings as lacking "self-confidence", while rebel minster Iain Duncan Smith revived memories of the Iraq war by labeling the report a "dodgy dossier."

Ian Duncan-Smith tries a little too hard with his "dodgy dossier" comment trying to link it to Labour's dodgy dossier.

"This dodgy dossier won't fool anyone, and is proof that Remain are in denial about the risks of remaining in a crisis ridden EU.

"The truth is, we won't copy any other country's deal. We will have a settlement on our own terms — and one that will return control of our borders, and money to Britain. That's the safer choice."

The attacks on the government continued with Euroskeptic MP Dominic Raab accusing Prime Minister David Cameron of engaging in horror film-esque scaremongering by exacerbating the risks and talking down the potential benefits of a Brexit.

"I think that there is far too much scaremongering, it's like Halloween come early," he said in an interview with the BBC.

"We have a scare story each week about the ghoulish prospects outside the European Union. I don't believe in ghosts, and I'm not afraid of these ghoulish stories, or of life outside the EU."

UK Foreign Secretary Philip Hammond hit back at the criticism, saying those campaigning for Britain to leave the bloc needed to put some "flesh on the bones" of the argument that the UK would be better off economically outside the EU.

"I answer it by asking them to present their own dossier: tell us what the model is that they believe the European Union would negotiate with Britain," he told the BBC.

"Remember, this is going to be a divorce if we decide to leave and, as with any divorce, it is likely to get messy. It will take a long time to sort out the disentanglement of our affairs and then we want to start renegotiating some kind of relationship with the EU going forward."

Meanwhile, US investment giant Blackrock backed calls for Britain to remain in the EU, arguing that negotiating new trade deals with Brussels would be a "lengthy and painful process" and would leave the UK "economically worse off".

While many issues have dominated the Brexit debate in Britain, much of the speculation has been based on whether the UK would be economically better or worse off outside the formal constraints of the EU.

The prime minister and pro-EU figures say leaving the EU and then attempting to negotiate new trade deals would be a complicated process that would hurt trade and weaken London's ability to secure favorable agreements in the future.

© REUTERS / Luke Macgregor
Brexit Debate: What Does Britain Get Out of Brussels?

However, others argue that being freed from the EU would allow the UK to better pursue its own national interests, with many pointing to the UK's 1992 decision to withdraw from the European Exchange Rate Mechanism (ERM), which effectively prevented the country from joining the euro.

Under pressure from European figures to join France, Germany and others in a proposed single currency in the future, Britain's decision to crash out of the ERM was widely criticized at the time, with the event dubbed 'Black Wednesday' over fears it would be economic Armageddon for the UK.

However, given the substantial problems and crises associated with the euro single currency, many have since credited the Black Wednesday decision as having an overwhelmingly positive impact on British economics, a theme many Euroskeptics are tapping into as the Brexit debate continues.