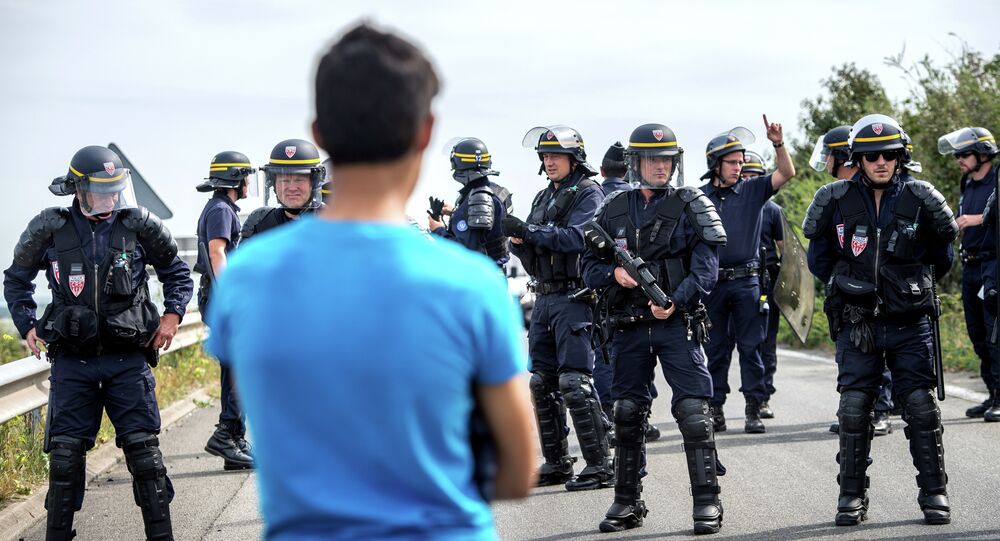 According to the International Organization for Migration (IOM), an estimated 130,000 refugees have arrived in Europe since January 1. Meanwhile, the current migrant crisis is exacerbating tensions within the European Union, above all between Greece and Germany.

“Berlin says it disagrees with Austria’s position on migration, but there are indications that the Germans are in secret talks with the Austrians who started all this mess by putting caps on the number of incoming migrants,” Ionic University Professor William Mallinson told RT.

© REUTERS / Fabrizio Bensch
'Damn Duty': Merkel Admits Migrant Crisis Makes Her Feel 'Desperate'
The International Organization for Migration is keeping a wary eye on this whole situation, with its official representative Joel Millman saying that, according to IOM estimates, the situation in 2016 will hardly be any better than the previous year.

“We still hope that the EU countries are moving in the right direction and that they will learn to better coordinate their actions and decide what to do next… The more than 1 million refugees from Africa and the Middle East who streamed into Europe last year put the countries’ migration laws to the hard test,” Joel Millman said.

Every country has the right to safeguard its borders and ensure the security of its citizens.

On the other hand, the majority of the refugees are no threat to anyone as they are running away from war and violence, he added.

Rejoining the conversation, William Mallinson pointed to a “certain degree of hypocrisy” in relations between the EU states.

“Germany wants to accept migrants, while only a year ago Chancellor Angela Merkel criticized the policy of multiculturalism… All this makes the European Union look like a giant truck driven by blind drivers,” he emphasized.