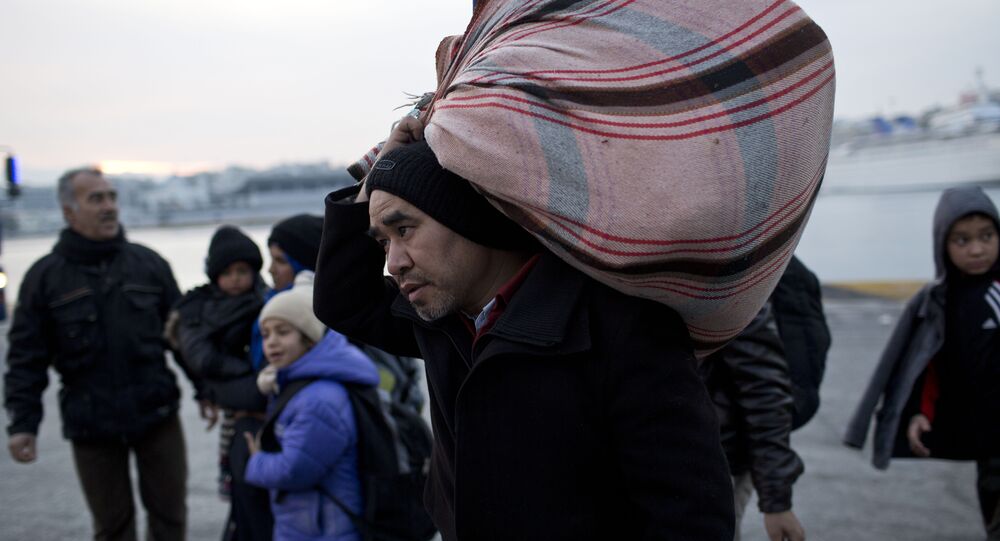 Bosnia And Herzegovina to Become Part of Migrant Route to EU

The leadership of Bosnia and Herzegovina prepares to provide refugees with access to its territory on their way to Europe, the country's foreign minister, Igor Crnadak, said Tuesday.

© AP Photo / Manu Brabo
Slovakia Refuses to Take Migrants in Line With EU Quota System
MOSCOW (Sputnik) — "The Council of Ministers and other institutions and bodies of Bosnia and Herzegovina are in preparation for the probable scenario, where refugees will seek alternative routes to Central and Western Europe. We have not been affected with the migrant crisis yet, but we are willing to help, its our moral obligation, being the generation of refugees ourselves," Crnadak said at the 31st Regular Session of the UN Human Rights Council.

According to the minister, during the war in former Yugoslavia, the people of Bosnia and Herzegovina have already had experience of being forced to abandon native homes.

After Bosnia and Herzegovina had announced its withdrawal from Yugoslavia in 1992 the armed conflict in the multi-ethnic socialist republic began. The war was part of the breakup of Yugoslavia, which started in 1991 following secession of Slovenia and Croatia and lasted until 1995.

© AFP 2020 / ERIC FEFERBERG
Yugoslavia, Interrupted: A European Success Story Ruined by NATO Invasion
Europe has been beset by a massive refugee crisis, with hundreds of thousands of undocumented migrants fleeing their home countries to escape violence and poverty. Many of them take the West Balkan route, which crosses Greece, using the county as an entry point into the bloc from which they travel onward to wealthier EU states where they intend to apply for asylum.

A number of Balkan states have erected border fences and imposed restrictions, which have drastically cut the flow of migrants through their territories and trapped huge quantity of refugees in Greece.