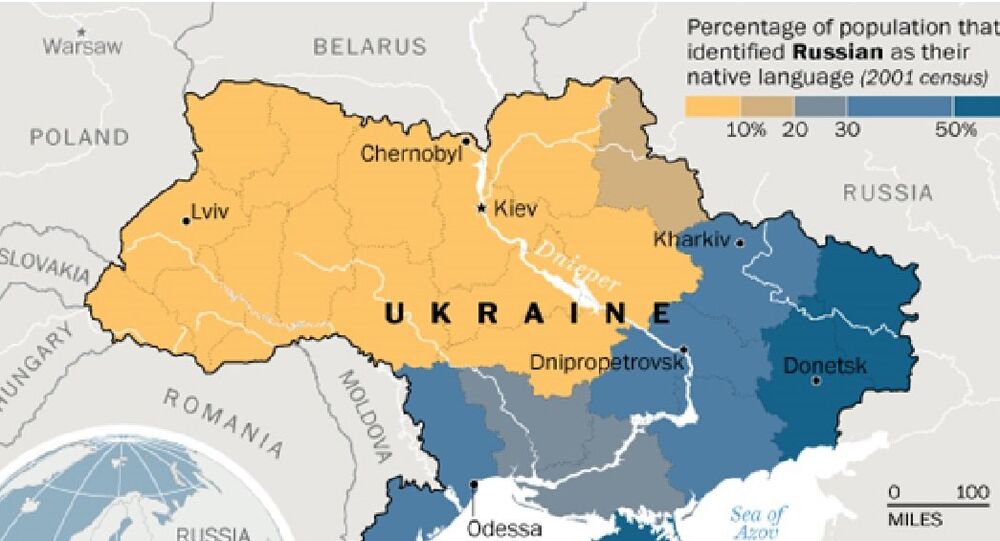 Divorce Czechoslovakia-Style: Can Kiev and Donbass Call it Quits?

The leader of the self-proclaimed Donetsk People’s Republic in eastern Ukraine has suggested an “amicable divorce” a-la Czechoslovakia as a way to end the long-running conflict with Kiev.

© REUTERS / Mykola Lazarenko/Ukrainian Presidential Press Service
Donetsk Authorities Not Objecting to Host Normandy Format Meeting
If Kiev agrees to a peaceful breakup with Donbass, just like the Czechs and Slovaks once did, it would be the easiest way to end this war,” Alexander Zakharchenko said.

The idea was readily echoed by Jaroslav Doubrava, the deputy head of the Czech Senate’s European Affairs committee, and a onetime observer at the local elections in the Donetsk and Luhansk People’s Republics.

“Judging by my personal experience of visiting these two regions, I can say that this is the only viable and sensible way of ending the conflict after all the crimes Kiev committed there… At the height of the war in Donbass I kept saying that after all that nightmare keeping the eastern regions part of Ukraine was now a mission impossible,” Jaroslav Doubrava told Sputnik.

When asked to comment on Alexander Zakharchenko’s alternative option of a confederative treaty which, if implemented in good faith by both sides with due regard for the legitimate interests of the people of Donbass, would effectively end the war, Doubrava said that it had already been turned down by [President Petro] Poroshenko.

“This leaves Donbass no option other than demarcate the border of the de-facto independent Donetsk and Luhansk People’s Republics,” Jaroslav Doubrava stated.

He added that the DPR and LPR would be better off as independent republics than as part of their Ukrainian stepmother, “because people always take better care for what is their own.”

When asked about the prospects of a “peaceful divorce” ever happening, Jaroslav said that the Kiev authorities who came to power as a result of a coup, ought to get back to the negotiatiing table.

“There is no way they can resolved this conflict by force. They need to repent for the crimes they committed in Donetsk and only then discuss a “divorce.”

“But I fear that Kiev and Donbass will be able to do this the way the Czechs and Slovaks once did after all the blood that has been spilled there,” Jaroslav Doubrava said.

German FM: Donbass Election Law Should be Drafted Ahead of Normandy Meeting