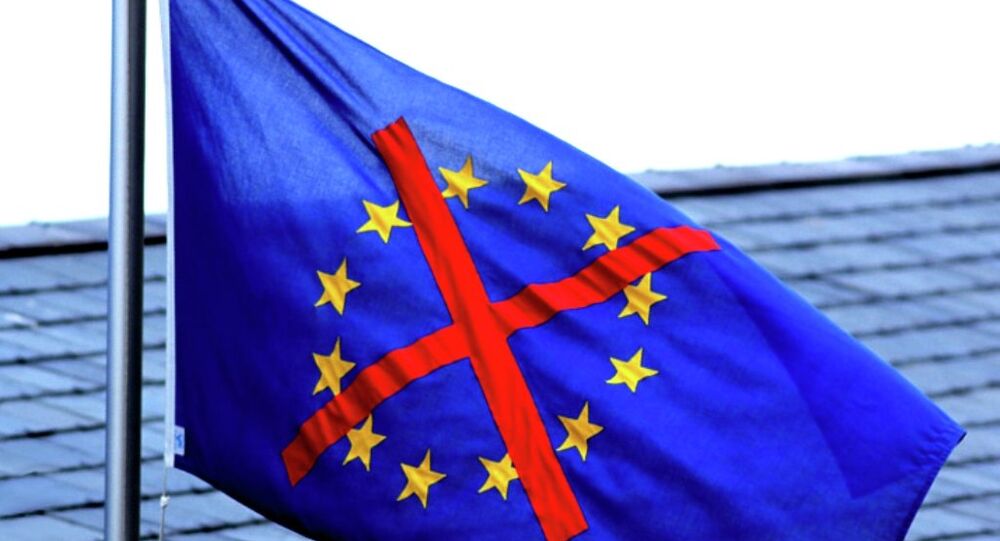 EU ‘May Face Fate of the Tower of Babel' Due to Chaos, Weak Leadership

European leaders have no common agenda for the resolution of the current refugee crisis, with each country focused on its internal problems and unable to pursue common goals.

The inability of EU countries to coordinate their policies may undermine the unity of the European Union and lead to the collapse of the whole of Europe, Paul Taylor wrote for Reuters.

"Like the biblical Tower of Babel, Europe's ambitious construction is in danger of toppling because its peoples are not speaking the same political language," the journalist wrote.

© AFP 2020 /
Europe's Reducing Migrant Flows Unable to Solve Refugee Crisis
According to the legend, described in the Old Testament, God decided to confuse the builders of the Tower and gave them new languages so that they were unable to understand each other and finish the construction of the building.

From Taylor's point of view, the current leaders of the EU countries are experiencing similar problems: they adhere to different points of view on the most pressing European issues.

Many previous European disagreements could have been either forgotten or gradually dealt with. However, the opportunity to put aside the current migration crisis simply does not exist, the journalist wrote.

"Events on the ground are moving faster than the EU's ability to manage them," Taylor argued. "While Europe's weak and divided leaders remain distracted by internal debates, the union that provided the framework for post-World War Two prosperity will start to unravel," he concluded.

Europe has been beset by a massive refugee crisis, with hundreds of thousands of undocumented migrants fleeing their home countries to escape violence and poverty. The growing refugee influx has caused a fierce debate in European countries about how to cope with crisis.

US Should Do More to Help Europe Tackle Refugee Crisis

In the Jungle: Closed Borders May Result in Large Refugee Camps in Europe