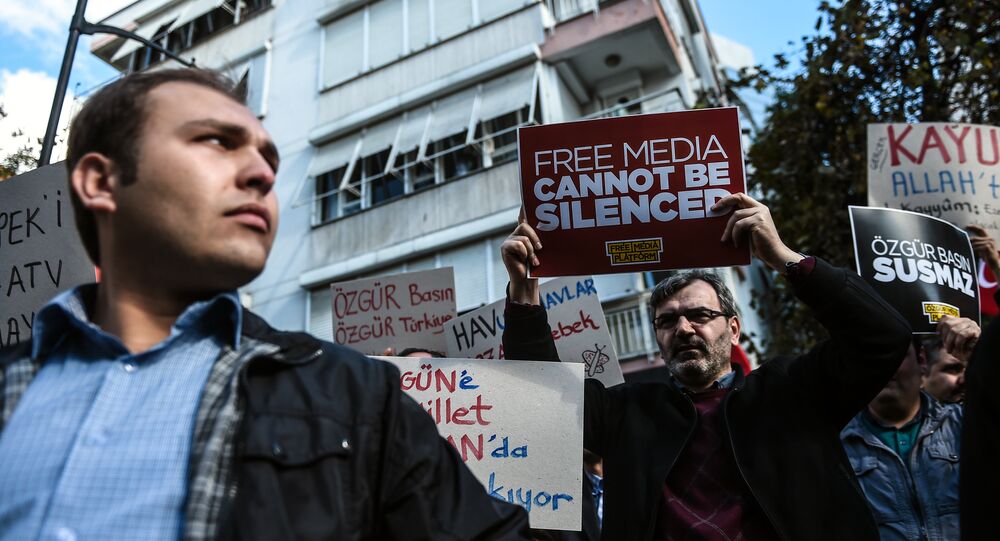 Five private media outlets, espousing opposition political views and belonging to the Koza Ipek holding, have been shut down in Turkey, the holding said in a statement on Tuesday.

ANKARA (Sputnik) – The holding announced it decided to close the Kanalturk and Bugun TV television channels, the Bugun Gazetesi and Millet Gazetesi newspapers, as well as the Kanalturk Radyo radio station, citing the unprofitability of the operations, in an official statement. However, Koza Ipek has previously blamed the Turkish authorities for putting pressure on the media group because of its opposition views.

© Flickr / Tommaso
Wife of Imprisoned Turkish Journalist: Husband Never Regretted His Words
In October, an Ankara court ruled that a trustee panel be appointed to oversee Koza Ipek in light of accusations of it "being involved in the activities of Fethullahist Terror Organization," a term used by Ankara to describe the movement of US-based cleric Fethullah Gulen, which is outlawed in Turkey.

Just two days after the court’s October ruling, police forces raided Koza Ipek's headquarters in Istanbul. Police used tear gas and water cannons to disperse a crowd that had gathered outside the building.

The Organization for Security and Co-Operation in Europe condemned the move, calling it a "clear obstruction of media freedom."