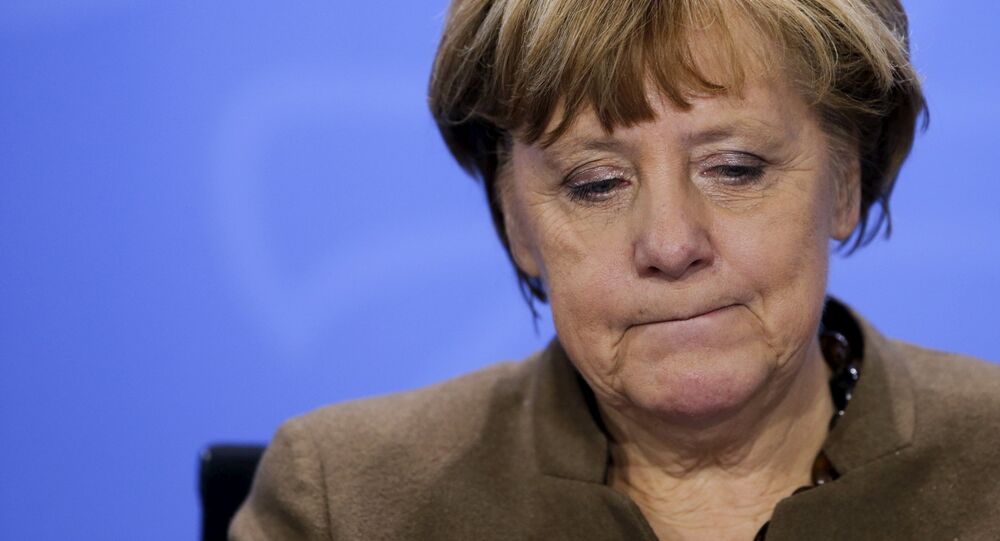 German Chancellor Angela Merkel said that the situation with refugees in Europe is improving too slowly, leading her to sometimes feel desperate.

Merkel admitted to being strongly pressured on the migrant issue. However, she insisted that the current course in Germany and other European countries to tackle the refugee crisis is the right one.

"My damn duty and obligation consists of finding a collective way for this Europe [to resolve the crisis]," she said in an interview with ARD Television.

She added that the ongoing crisis is an important phase in the history of Germany and the European Union.

The interview came on the same day a new poll was released revealing that only 11 percent of respondents in Germany said they did not want a cap on the number of migrants crossing the German border.

"Sometimes I feel desperate. Some things are going too slow. There are a lot of contradicting interests within Europe," Merkel said.

However, later on in her interview she reaffirmed her commitment to the German migrant policy, adding that the German constitution’s most sacred principle is that "human dignity is inviolable."

© REUTERS / Michael Dalder
EU Not to Allocate More Funding to Support Germany Amid Migrant Crisis
Merkel has come under harsh criticism for her welcoming policy for refugees amid an unprecedented migrant crisis in Europe, considered the worst since the World War II era.

Merkel has continued to lose support and the trust of the population because of her open-door asylum policy. For example, a recent poll by the German commercial television channel N-TV showed only 46 percent of respondents supported Merkel, the lowest rating for the German Chancellor since 2011.

One of the factors contributing to Merkel's falling popularity is a wave of sexual harassment attacks against women by refugees across Germany which took place in the beginning of the year.

Merkel has repeatedly demanded a pan-European solution to the migrant crisis: a mandatory relocation of refugees. However, her demands have been shunned – particularly by Poland, Hungary, Slovakia and the Czech Republic.

© AP Photo / Markus Schreiber
Merkel Says Migration Crisis 'Biggest Challenge' of Tenure
She championed the cause of the EU-Turkey refugee agreement, whereby the EU gave Ankara over $3 billion to assist it with refugees and to stem the flow coming across Turkey's borders. Despite several meetings between Merkel and the Turkish Government there is little to show from the plan, with Ankara not taking measures to control their border.

However, Merkel has claimed the country would able to deal with the growing number of refuges, for many of whom Germany is the most desirable destination in Europe. In 2015, 1.1 million refugees crossed the border into Germany, and potentially more may come in 2016.

Merkel Warned of 'Profound Estrangement' of Coalition Over Refugee Row

Merkel ‘Should Not Sell All European Values As If At Bazaar'