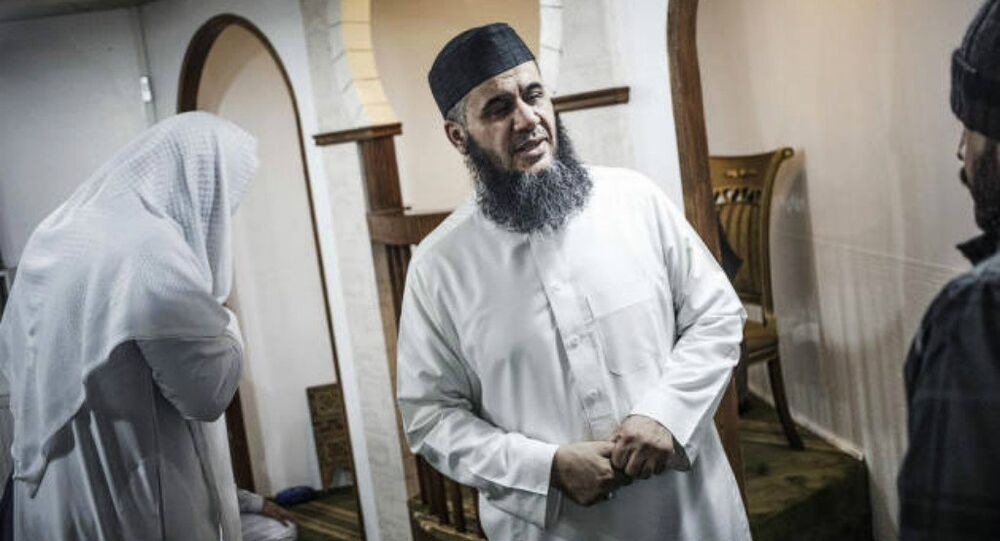 Off With Their Heads: Danish Imam Preaches Death Penalty for Adultery

A notorious Muslim cleric in Denmark apparently promotes some extremely harsh punishments for adultery among his parishioners.

© Photo : islamnews.ru
Inner Peace: Berlin's House of One Aims to Unite Christians, Muslims & Jews
According to an expose conducted by Danish media, a prominent imam at the Grimhøj mosque located in the city of Aarhus preached that adulterers should be flogged or even stoned to death, Berlingske newspaper reports.

Footage from a hidden camera and obtained by TV2 channel reveals how imam Abu Bilal teaches a group of women and children what he believes are proper Islamic norms of punishment for adultery.

"If the adulterer is a married man or woman, he or she should be stoned to death. If it’s a girl, she should be flogged," Abu Bilal declared.

When the footage was aired on television, the mosque’s representative Oussama El-Saadi told media that the imam was merely retelling the audience passages from Quran.

He also added that his mosque adheres to all regulations and abides by Denmark’s laws.

It should be noted that in 2014 Abu Bilal was fined 75,000 Danish kroner (over 10,000 euros) for urging the audience to kill Jews during his visit to a mosque in Berlin.

Furthermore, it became known that a large number of young men connected to the mosque travelled to Syria and Iraq to join Daesh, Berlingske points out.

However, despite numerous calls to shut down the notorious place of worship, the mosque continues to operate as usual.