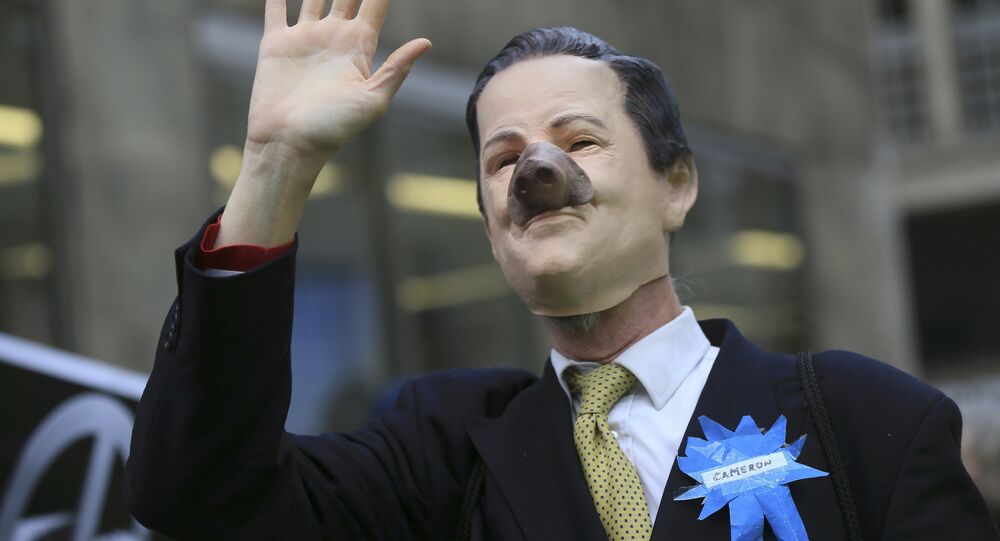 The row over British membership of the EU threatens to descend into all-out civil war in David Cameron's Conservative Party, with ministers and MPs firing off a series of insults at each other, which included the prime minister effectively being accused of having a "low opinion" of the British public.

Cameron's call for his hugely divided Conservative party to have an "orderly, well-mannered debate" over the Brexit issue appears to have been emphatically rejected as Euroskeptics took aim at the PM.

Great to visit the @StrongerIn campaign today. Britain is stronger, safer & better off in a reformed European Union pic.twitter.com/5YqXz9LY69

Following Cameron's less than subtle attack on the Mayor of London, Boris Johnson, where the prime minister suggested Johnson was campaigning for a Brexit for personal political gain, cabinet minister Iain Duncan Smith fired back, effectively accusing the PM of having a "low opinion of the British people."

This week I spoke to nearly 4000 people and travelled over 1500 miles to make the case for Britain staying in the EU pic.twitter.com/rhhGgwBA0J

Speaking to the BBC, the Work and Pensions Secretary accused ministers and MPs who spoke negatively about the economic effects of a Brexit of "pessimistically downsizing" Britain's role and potential in the world.

"I have never heard such a lot of pessimistic downsizing of Britain's future outside of the EU," he said, in comments aimed at Cameron.

"Why would we have such a low opinion of the British people that we go out and talk about leaping into the dark, we talk about profound shocks, we talk about them not being capable, we're too small," he added.

"I do not know why anybody would want to run a country like this."

The attacks continued from both sides, with Chancellor George Osborne increasing having a go at London Mayor Johnson, after Johnson suggested his Brexit quest was akin to saving Britain from Brussels "baddies."

"This isn't some amusing adventure into the unknown — it's deadly serious," Osborne said.

While things are tense in public, things appear to be turning nasty behind closed doors too. Foreign Secretary Philip Hammond allegedly called Euroskeptic MP Sir Bill Cash a "total shit" for releasing a report on the EU deal to the media, despite an understanding it was not to be published.

#EUreform deal tilts the balance firmly in favour of the UK remaining in. We're stronger, safer, better off in EU on these terms than out

Cameron's attempts to keep disagreements to a minimum appear to be failing, after the Sunday Times newspaper reported that anti-EU ministers and senior backbenchers threatened the PM with a no-confidence motion unless he toned down his attacks on Johnson.

This is a once-in-a-lifetime chance to vote for real change in Britain’s relations with Europe. https://t.co/r9yw42tW4U

The bad blood on both sides has triggered memories of the deep splits that dogged Sir John Major's time as Conservative party leader and prime minister in the early 1990s, with some analysts suggesting the party could be irreversibly split regardless of the result in June's referendum.

Knives Out Among UK Conservatives as Tory Truce Falls Apart