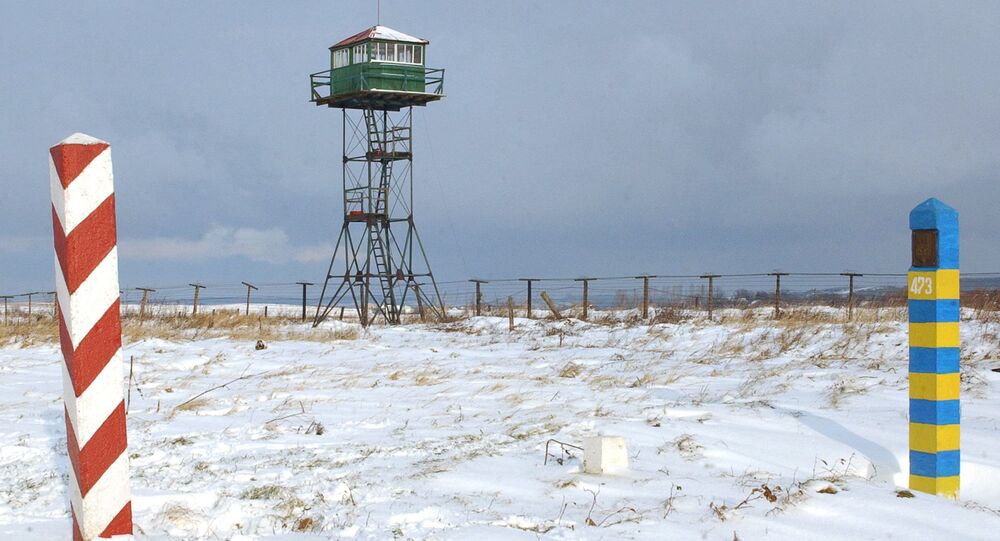 Poland's right-wing National Movement Party is calling for the construction of a wall on the country's border with Ukraine. Speaking with Sputnik, Robert Winnicki, National Movement's chairman, explained that his party believes that Ukrainian territory may be used by the next wave of Middle Eastern migrants attempting to make their way to Europe.

Earlier this week, Sylwester Chruszcz, a representative of Poland's National Movement Party told Polish newspaper Wiadomosci that by the spring, the Polish-Ukrainian border could become a "channel for the transfer of illegal migrants to Poland." Subsequently, he explained, "Poland should be prepared to start building a wall [to protect itself] from the influx of refugees."

If the Polish government says 'no' to the National Movement Party's proposal, it would create "a human tragedy because a wave of migrants will rush into Poland," the politician emphasized.

Asked by Sputnik Poland to comment on his party's proposal, National Movement Party chairman and Sejm MP Robert Winnicki explained that ultimately, his party fears that with the closing of the Balkan migration route, Ukraine may be turned into an attractive alternative for would-be migrants from the Middle East and Asia.

© Sputnik / Stringer
We Don't Need No Immigration: Poland Considers Wall on Border With Ukraine
"Previously, Turkey sent a huge number of migrants through its territory toward its western border, from where they came into the Balkans – into Greece. Now, controls for the route through Balkan countries such as Serbia and Macedonia have been strengthened. Hungary has adopted a very strict policy for protecting its borders," Winnicki explained.

As a result, the politician continued, he and his colleagues have reason to fear that the Ukrainian-Polish border may become an alternative migration route. What's more, he says, "we already have the first signs that Ukrainian territory will be used [for such] a route."

"And our borders are, to begin with, very extensive; secondly, much of the border doesn't have any natural obstacles, even those such as rivers. Therefore, there is a problem, and we believe that a fence similar to the one built by the Hungarians should appear on the Polish-Ukrainian border. Our border guards are already beginning to experience problems, since the first groups of migrants from the countries of the Middle East and Asia have already appeared on the border."

© Sputnik
Hit a Wall
As for the impact such a border fence might have on diplomatic relations between Kiev and Warsaw, Winnicki explained that he believes that "such a problem will not occur, because we are not calling for the closing of the Polish-Ukrainian border, only for its strengthening. We believe that all crossings must be organized only through legal crossings."

"At the same time," the politician noted, "we are concerned, and these fears have a tangible basis in the areas of the Bieszczady and other mountainous areas, that there will be attempts at crossing the Polish-Ukrainian border by large numbers of people."

For their part, "Ukrainians, if they want, and if Polish law permits it, can enter Polish territory through official border crossings. I repeat: we are not in favor of closing the Polish-Ukrainian border, but we propose its strengthening through the construction of a border fence," Winnicki concluded.