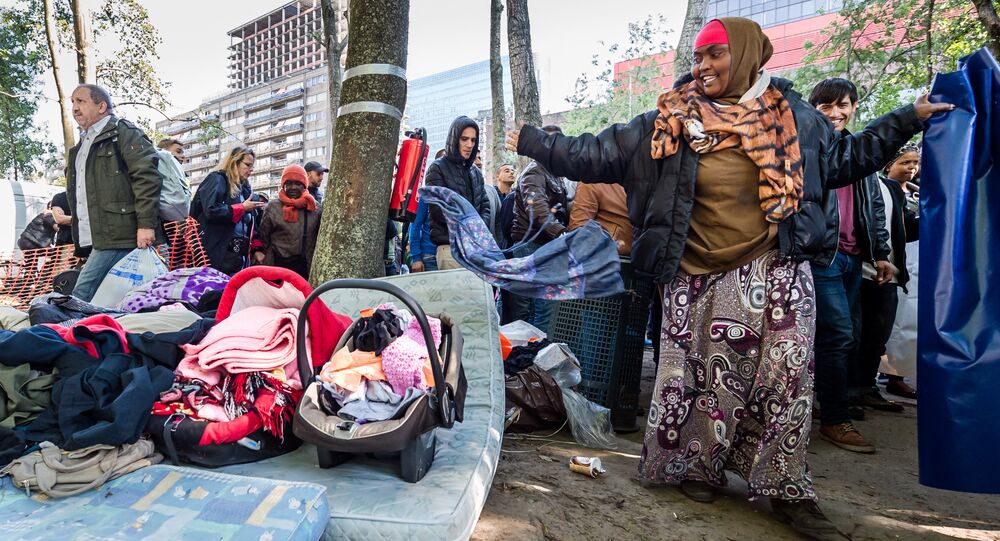 Not Ready for Refugees? Belgium May Fine Towns for Not Taking in Migrants

The Belgian government has prepared a plan for the forced resettlement of refugees in the country, according to the Belgian news network RTBF.

© REUTERS / Pascal Rossignol
It’s ‘Jungle’ Out There: Belgium Restores Border Control to Avoid Calais Refugees
The Belgian government will provide local authorities with migrant quotas, and municipal heads who refuse to receive refugees will be subject to a fine of 75 euros per day for each asylum seeker, the Belgian news network RTBF reported.

According to the RTBF, the quotas for the heads of the 589 Belgian municipalities are due to be issued before the end of April, with the government planning to summarize the results on November 1.

"'Bad students' will face sanctions in the form of a daily 75-euro fine. This money will be sent to those municipalities that receive more refugees than they are required. In a sense, this is a stick and carrot policy," the RTBF said.

The broadcaster added that it has no data on the total number of migrants to be resettled on Belgian territory.

Right now, about 35,000 asylum seekers are registered at temporary and permanent refugee centers across Belgium.

© Flickr / Dennis Jarvis
Belgium 'Becomes 1st' in EU to Repatriate Iraqi Refugees by Charter Flight
According to the EU border agency Frontex, around 1.8 million migrants entered the territory of the EU in 2015.

Most of them prefer to go to Greece via Turkey and then proceed onward to wealthier countries with more generous offers. More than 100,000 refugees have reportedly arrived in Greece in the past few months.

The European Commission said, for its part, that the current global migration crisis is the biggest such deadlock since the end of the Second World War.