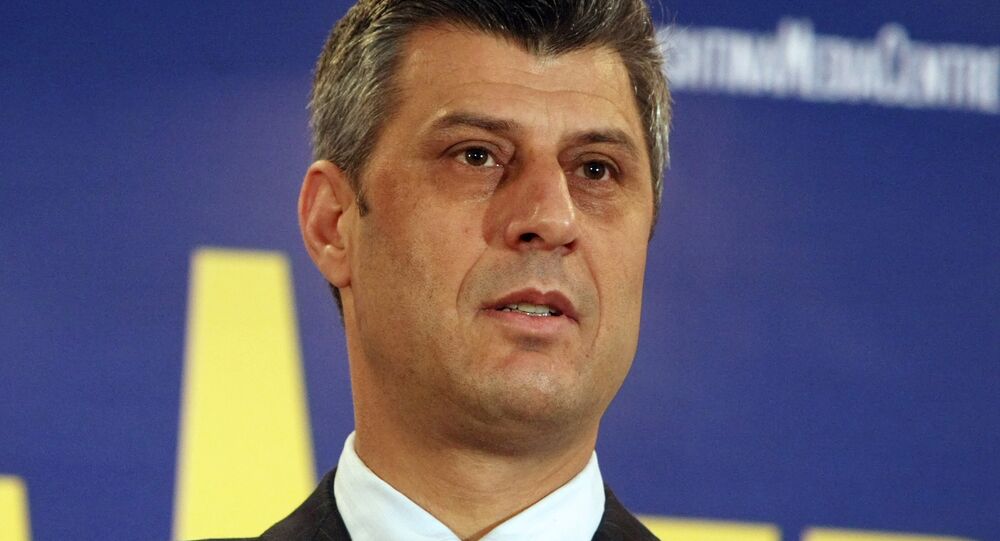 The Kosovar parliament reportedly voted in former prime minister Hashim Thaci as the president of the self-proclaimed republic.

© REUTERS / Agron Beqiri
Kosovan Parliament Adjourns Presidential Election Debates Due to Tear Gas
He was elected after three rounds of voting marred by protests in the Kosovar capital of Pristina, the Kossev news website said. Opposition lawmakers released tear gas inside the parliament in an attempt to disrupt the voting.

In the first round, Thaci received 50 votes in the 120-seat parliament. He improved the result by 14 votes in the second round, before emerging victorious with 71 votes.

The 47-year-old will be president of the Serbian breakaway republic for five years. He served as Kosovo’s first-ever prime minister between 2008 and 2014.

In 2008, the Albanian government in Kosovo unilaterally declared independence from Serbia. Belgrade does not recognize Kosovo's statehood.