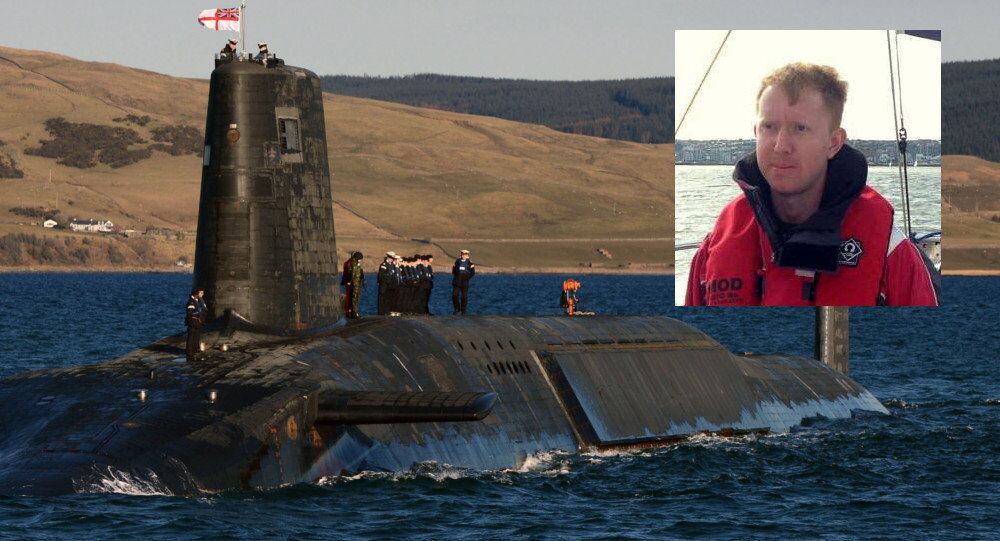 A former British Royal Navy worker who blew the whistle on the UK trident nuclear deterrent program after serving on one of the country's nuclear submarines has slammed basic security failures and claimed he was only doing his duty.

© AFP 2021 / Andy Buchanan
Trident Police Guarding UK Nukes Pose Threat to National Security‏
Royal Navy engineer William McNeilly was sacked from the British military after revealing that the security around the UK Trident nuclear deterrent program — based on the Faslane military site in Scotland — was inadequate and described the overall state of the Trident program as a "disaster waiting to happen."

McNeilly reported a shockingly wide range of problems within the facilities — from food hygiene to alarms on a Trident submarine's missile control station being turned off, so that crew members didn't have to listen to them.

Since being sacked, he has hit out, telling international broadcaster RT:

"All you need to get on board is a couple of fake IDs. Terrorist groups like ISIS [Daesh] have already shown they can produce legitimate documents. Thousands of Royal Navy IDs go missing every year as well, so they could come across one. Increasing numbers within the UK have radicalized people, which increases the risk of one of them coming across an ID," he said.

RN is out of its depth operating the Trident system — ex RN officer on #TridentWhistleblower http://t.co/2usCRWObRc pic.twitter.com/m6DXTci5dN

McNeilly said the idea of nuclear deterrence did not stop the war in Afghanistan. "If you get a list of all the disadvantages, it would be huge. You could write books and books on it. Then they have one vague reason for keeping the Trident system. And that one vague reason is they say it's a deterrent.

"It doesn't deter them because they know we won't use nuclear weapons in their countries. So it doesn't deter them. All it is an attraction to the people who were radicalized to carry out an attack on our homeland that could bring the UK to its knees."

He was speaking to RT ahead of a major anti-Trident rally in London on February 27 to be attended by UK Labour Party leader Jeremy Corbyn, who has pitted his leadership against renewal of the program.

"Anyone who thinks we’re going to be invaded as soon as they vote 'no' on Trident’s renewal, they’re insane. Literally insane. Why would anyone invade the UK?"