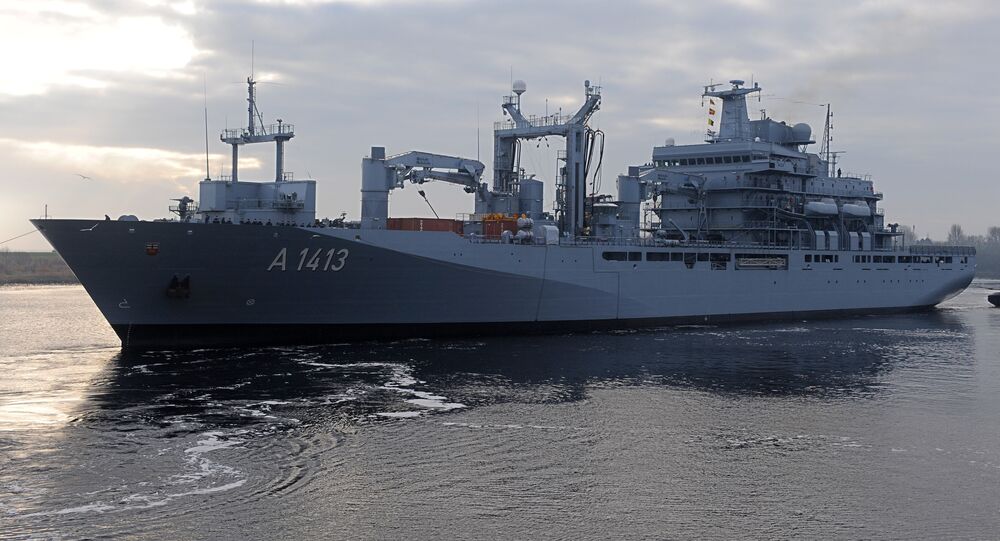 In an effort to step up sea patrols to stem the flow of migrants making their way across from Turkey to Greece, pressure has been put on NATO to deploy ships to the Aegean Sea, which has now put it on a collision course with both Athens and Ankara.

Neither Turkey nor Greece have been able to contain their extensive sea borders and pressure was put on NATO to begin patrols. However, NATO Secretary General Jens Stoltenberg has admitted the move puts it at the center of a diplomatically sensitive issue.

Agreement in #NATO on how to assist with the refugee/migrant crisis in Agean. We'll provide critical information to Greece/Turkey/Frontex.

There is considerable animosity between Greece and Turkey dating back centuries, but most recently centered on Cyprus, where — in 1974 — Turkey occupied a third of the island in response to an Athens-backed coup aimed at annexing Cyprus to Greece.

Read my op-ed on #NATO and Europe’s refugee and migrant crisis here: https://t.co/qk3ZhQTOGA

Turkey refuses to acknowledge the Republic of Cyprus (an EU member since 2004) as the sole authority on the island, and recognizes the self-declared Turkish Republic of Northern Cyprus since its establishment in 1983.

This has been a major sticking point in the question of the accession of Turkey into the EU as a full member. Another is a dispute over territorial sea limits between the two nations. Erdogan's position on the Kurds — as well as the continuing crises in neighboring Syria and Iraq are exacerbating the situation.

"Our ships will be providing information to the coastguards and other national authorities of Greece and Turkey. This will help them carry out their duties even more effectively to deal with the illegal trafficking networks," Stoltenberg said in a statement.

"We are also establishing direct links with Frontex, the European Union's border agency. We will conduct our activities in the Aegean Sea. Our commanders will decide the area where they will be operating, in coordination with Greece and Turkey. NATO vessels can deploy in the territorial waters of Greece and Turkey.

"Greek and Turkish forces will not operate in each other's territorial waters and airspace. NATO's task is not to turn back the boats. We will provide critical information. To enable the Greek and Turkish coastguards, as well as Frontex, to do their job even more effectively," Stoltenberg said.

The details of his words are important. Since the NATO operation will not involve turning back migrant boats and Turkish vessels will not cross into Greek sea areas and Greece will not operate in Turkish waters, the situation is stalemate. Migrants know no boundaries.

With Greece loudly complaining about a lack of EU assistance in dealing with its growing migrant problem — and the closing off of its northern borders — with little ability to actually patrol the whole Aegean Sea on its own, the situation for Athens is impossible.

Turkey has come under severe criticism for failing to impose border controls under a US$3.35 billion EU program and has seemed unwilling — so far — to strengthen its land or sea military assets, it too looks likely to be unable to stem the maritime migrant flow.

If neither Athens nor Ankara have the capability to deploy assets into the Aegean and NATO declaring it will not turn boats back, it is highly likely the Aegean will continue to be a free-for-all.