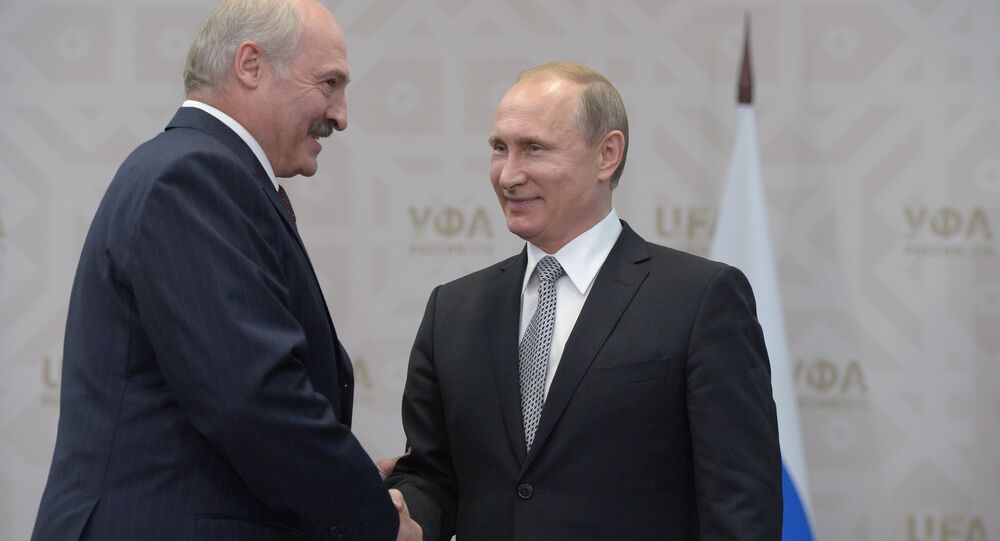 Belarus and Russia have agreed to speed up work on the unified industrial policy.

"During the talks, [we] discussed in detail the possibility of further expansion of industrial cooperation. It was agreed to speed up work on the unified industrial policy, including in the framework of a working group on import substitution set up in November last year," Putin told reporters.

According to the Russian leader, specific steps to combat illicit trafficking of industrial products were identified during the meeting.

"On the margins of today’s meeting, a corresponding joint declaration was adopted," Putin said.

According to the president, the two leaders held a frank exchange of views on the current situation in global and regional affairs. Moscow and Minsk agreed to strengthen cooperation in the field of foreign policy, Putin added.

"We talked about ensuring defense and security of the Union State. A program of coordinated actions in the international arena was approved," the president said.

Both Russia and Belarus are a part of the Commonwealth of Independent States (CIS), a regional organization formed by former Soviet Union members in the 1990s. The group aims to promote economic, political and cultural cooperation.

In February 2009, Moscow and Minsk signed an agreement on the joint protection of the Russia-Belarus Union State airspace and the creation of a unified regional air defense network. The units of this network are expected to carry out combined combat duty missions by the end of 2016.