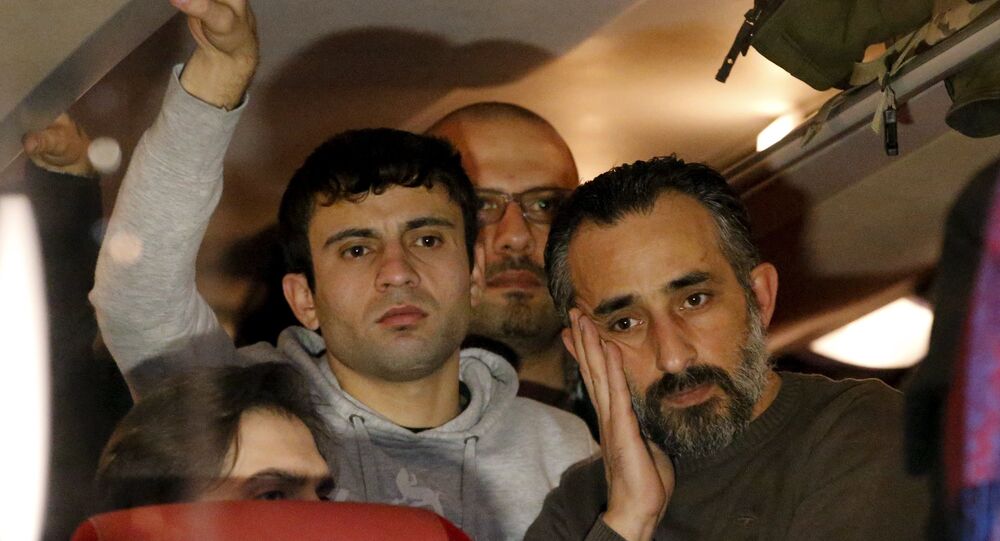 The German parliament voted on Thursday for a package of tougher immigration laws and backed faster deportation of people whose asylum requests have been rejected.

BERLIN (Sputnik) — The Bundestag, the lower house of parliament, voted 429-147 in favor of the new regulations, dubbed Asylum Package II, with four abstentions.

Parliamentary state secretary at the Interior Ministry, Ole Schroeder, summed up the three key points of the new legislation during the final parliamentary debates.

Morocco, Tunisia and Algeria were added to the list of safe origin places last month. Refugees coming from these countries are likely to be considered economic migrants and denied refuge in Germany.

Additionally, asylum bids from certain groups of immigrants will be processed faster and will take up to a week to rule on. Only those who register at the border and receive special internal documents will have access to asylum seeker benefits.

Those who are not covered by the Geneva refugee convention, and thus have limited asylum rights, will not be able to reunite with their families for two years. The law also stipulates that migrants should partially compensate the costs of their integration courses by paying an obligatory monthly fee of 10 euros ($11).

Germany has become a key destination for thousands of refugees and immigrants coming to Europe since the start of 2015.