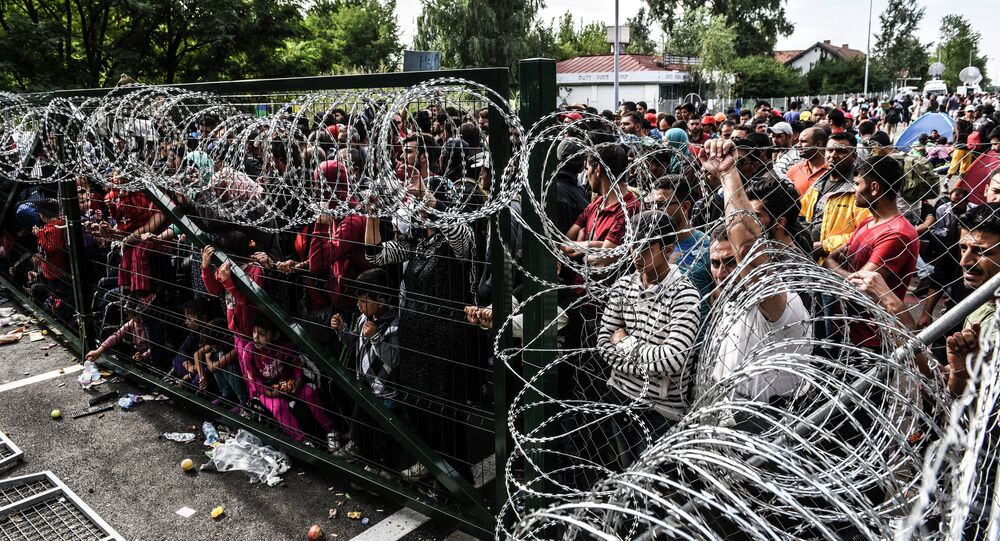 Hungary's decision to hold a referendum on the issue of migration quotas is the country's own internal affair, Dutch Migration Minister Klaas Dijkhoff said on Thursday.

BRUSSELS (Sputnik) — Earlier this week, Hungarian Prime Minister Viktor Orban decided to hold a referendum on the EU mandatory quotas on refugee relocation, under which the country would be obliged to take in 2,300 refugees.

© AFP 2021 / Joe Klamar
Hungary Outside EU Refugee Quota System - European Parliament President
Every EU member state has the right to react, issue its own statements and develop its own policies and tactic, but everyone should remain conscious of the fact that decisions that concern the bloc as a whole should be taken at an EU level, the minister added.

Last year, European interior ministers adopted, at an extraordinary meeting, a mandatory quota scheme to relocate some 40,000 refugees residing mostly in Italy and Greece throughout the bloc’s 28 members on an equitable basis.

Hungary is one of the four Visegrad Group (V4 group) states, along with Poland, Slovakia and the Czech Republic. The V4 group opposes the implementation of the mandatory EU quota scheme to relocate thousands of refugees throughout the bloc.