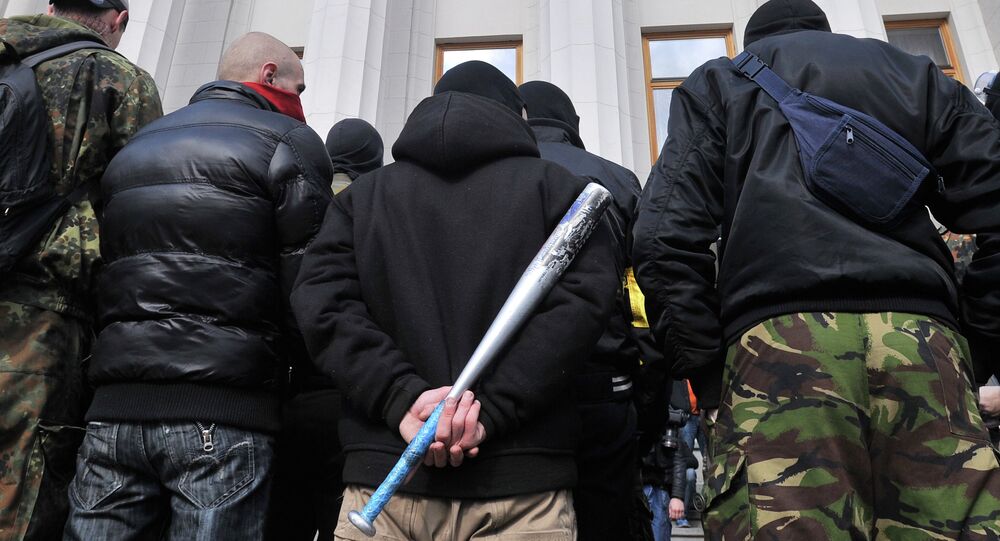 Two years after the Maidan “revolution” Ukraine is in chaos again, this time over irreconcilable differences between President Poroshenko and Prime Minister Yatsenyuk, the German newspaper Die Zeit wrote.

© AP Photo / Matthias Schrader
Corruption in Ukraine: Kiev Must Pay Its Own 'Tab' as West 'Won’t Serve It Anymore'
Just days after the Cabinet of Prime Minister Arseniy Yatsenyuk narrowly survived a no-confidence vote in parliament Kiev is again abuzz with renewed calls for the government’s dismissal.

However, it looks like the country’s leaders, engaged in non-stop political bickering, just couldn’t care less about what is going on, the Hamburg-based weekly noted.

In fact, the biggest threat to the Ukrainian political elite is now posed by this very same elite, or rather its inability to agree on things.

Last week President Petro Poroshenko asked Yatsenyuk to resign but he and his Cabinet strangely survived a no-confidence vote. Many MPs then complained about last-minute interference by the country’s oligarchs who allegedly bribed some of their colleagues to keep Yatsenyuk in power, the author wrote.

“The political situation in Ukraine is similar to the one that led to the 2014 crisis,” he added.

Alarmed by all this, German and French Foreign Ministers hurried to Kiev only to see that the conflict between Poroshenko and Yatsenuk had reached a point of no return and that restoring trust between the fragmented political elites was now an impossible mission, Die Zeit emphasized.

“Just how the Ukrainian leaders are going to implement the promised reforms is anyone’s guess. Meanwhile, some members of the Yatsenyuk Cabinet keep celebrating their victory in parliament, but their joy may not last long as their inability to reach a compromise has already sealed their fate,” Die Zeit wrote in conclusion.