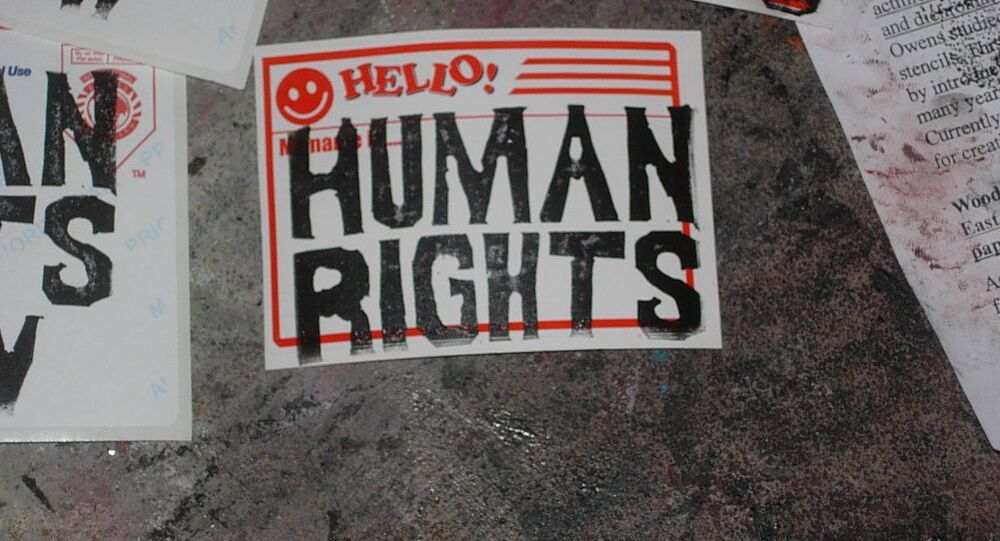 The UK is setting a "dangerous precedent" internationally by undermining human rights, and is contributing to a global "culture of impunity" through its support of governments and regimes with questionable human rights records, Amnesty International has said.

In its annual report on the state of human rights, Amnesty International (AI) criticized the UK government over plans to scrap the Human Rights Act in favor of the British Bill of Human Rights, the country's reluctance to take part in widespread refugee resettlement deals, proposed mass surveillance laws and the acknowledgement from the UK Foreign Office that human rights had been downgraded as a priority in favor of trade deals.

Governments must END the assault on human rights. Our report on 160 countries is out now. #AIR16 pic.twitter.com/3JlK4VAKRp

"The UK is setting a dangerous precedent to the world on human rights. There's no doubt that the downgrading of human rights by this government is a gift to dictators the world over and fatally undermines our ability to call on other countries to uphold rights and laws.

"People around the world are still fighting to get basic human rights and we should not let politicians take our hard-won rights away with the stroke of a pen."

Whither the UK? Its PM vows to scrap its Human Rights Act and it has spent more detaining Assange than its global human rights budget.

Abduljabbar Zeyad
Fig Leaf of Legitimacy: West Giving Saudis 'Political Cover' in Yemen
Chief among concerns is the UK's continued support of Saudi Arabia and other repressive governments, with Britain rejecting calls to halt the sale of arms to the Gulf Kingdom.

With Riyadh accused of being responsible for carrying out war crimes and breaches of international law in relation to its military offensive in Yemen, Amnesty, along with UK parliamentary committees and a number of other organizations, have called on the Britain to suspend the issuing of arms export licenses to Saudi Arabia.

The Campaign Against Arms Trade (CAAT) have launched legal proceedings against the government over the matter, with spokesperson Andrew Smith telling Sputnik that along with supplying aircraft and weapons, Britain's support of the campaign in Yemen has provided Riyadh with "political cover."

Join the call to #StopArmingSaudi: lobby your MEP on important vote this Thursday on #Yemen and help stop arms sales https://t.co/0eraYGxHXx

Elsewhere internationally, the UK was accused of not doing its fair share to help with the migration crisis enveloping Europe.

The UK has pledged to accept 20,000 Syrian refugees by 2020, with David Cameron defending the UK's aid spending and support for refugee camps in the Middle East, however critics say this is grossly inadequate given the scale of the crisis, which has seen more than one million people seek asylum in the EU.

The report, which focused on human rights issues of 160 countries, raised concerns about developments in the UK, saying that Conservative government plans to replace the Human Rights Act with the British Bill of Human Rights were "profoundly regrettable" and could have a detrimental impact on some of the country's most vulnerable people.

Keep up the pressure: sign our letter to tell Michael Gove not to scrap the #HumanRightsAct https://t.co/dIAtt9UYgU pic.twitter.com/jVsy8AJv8c

Among other forms of internal legislation, Amnesty took aim at the proposed Investigatory Powers Bill, also known as the Snoopers' Charter, which many fear could pave the way for widespread surveillance of the population, while concerns were also raised over the Trade Union Bill, which is set to make it more difficult for workers to exercise their right to strike.

I want a British Bill of Rights because fed up with European court overruling us and defending criminals human rights — never the victims.

While these proposals have been widely criticized by opponents, the government has argued the reforms would be essential to help fight terrorism and increase business productivity respectively.

The AI report highlighted the ongoing conflict in the Middle East and the migration crisis as two of the main issues of concern globally, with thousands killed and many more displaced from their homes as a result of conflict throughout 2015.