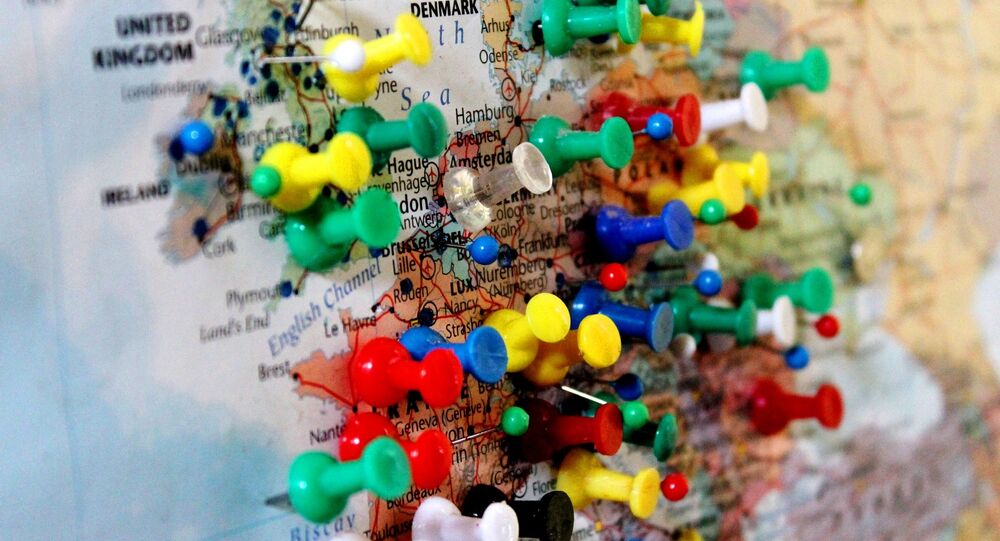 More than half of the Dutch people want a referendum on the country's membership of the European Union - like Britain - amid growing criticism of the whole EU project across Europe as it struggles to cope with the refugee crisis and rumors over the stability of the Eurozone.

The UK Prime Minister David Cameron has fired the starting gun on his country route to an In-Out referendum on EU membership, which will take place on June 23. Cameron was forced to promise a referendum ahead of the 2015 general election because of rising anti-EU sentiment within his own Conservative Party and the rise in popularity of the anti-EU UK Independence Party —  which took 12.6 percent of the election share of the vote.

On June 23rd, you will decide if Britain is stronger, safer and better off in a reformed EU. My #EUref statement: https://t.co/sK9kAu567p

But Britain and the Netherlands are not the only countries where there are rising doubts about the whole European project. According to the London School of Economics, Greece is the second most Euroskeptic country in the European Union, with 50 percent of the Greeks thinking that their country has not benefited at all from the EU.

Greece has struggled to meet the stiff terms of its third bailout deal last year, which has been dictated by Brussels and has resulted in tax rises, cuts to the generous state pension scheme and a raft of public service cuts which have caused social unrest.

Greece has also been hit hard by the refugee crisis, having — alongside Italy — borne the brunt of the initial flows of migrants, but was swamped in late 2015 when the West Balkan route opened up. The EU has been tough on Athens, demanding it get to grips with setting up hotspots where migrants can be processed. Despite months of acrimony, the main hotspots were only finally set up last week.

I support #Grexit #Nexit #Fixit #Brexit in spite of risks because economical backlash doesn't out weigh getting our voices and freedom back.

Italy too is facing similar chaos with migrants, while also facing-down Brussels over its government finances. Prime Minister, Matteo Renzi, is locked in a dispute with the European Commission over his 2016 budget and has demanded flexibility to allow him to cut taxes and spend more. Brussels has so far refused to budge on the budget.

© REUTERS / Stefano Rellandini
Italy Stokes Brussels-Berlin Tensions With Anti-Austerity Proposals
In Germany — one of the founding fathers of the great EU project — there has been a significant rise in Euroskepticism, which has seen the rise of the Alternative for Germany (AfD) party which opposes the euro. In July 2015, a split from AfD created a new Euroskeptic party called Alliance for Progress and Renewal.

And in France, President Francois Hollande last year told French TV that the EU had become: "remote and incomprehensible […] Europe has to be simple, clear, to be effective where it is needed and to withdraw from where it is not necessary."

As Britain heads for the ballot box in the most constitutionally important decision in half a century and the Dutch show a willingness to follow, cracks are beginning to widen across the whole continent as the EU struggles to cope with the problems it is facing.

Over Third of Germans in Favor of Grexit, Few Consider Option Possible