Serbia closed its borders to refugees trying to enter to the country from Macedonia, local media reported Friday. 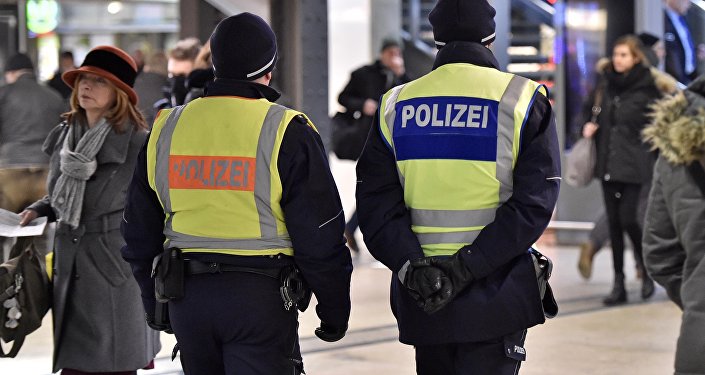 © AP Photo / Martin Meissner
Germany's Most Wanted: New Data Reveals 2015 Migrant Crime Wave
MOSCOW (Sputnik) — Earlier in the week, Croatia implemented a set of measures to prevent undocumented migrants from entering the country with the aim of traveling onward to other European states, such as Austria and Slovenia.

Zagreb's move led to an accumulation of migrants within Serbia and as a result to a closure of borders with Macedonia, Serbian Vecernje novosti newspaper reported, citing Serbian Commissariat for Refugees and Migration.

Serbia began implementing a Central Europe and Balkan agreement to jointly process migrants arriving at the Greek border with Macedonia and transport them directly to Austria, the Serbian Interior Ministry’s spokeswoman said Friday.

Police chiefs from Austria, Slovenia, Croatia, Serbia and Macedonia – parts of the so-called Balkan route used by migrants to travel further northwest – signed the joint initiative in the Croatian capital of Zagreb on Thursday.

"As of today there is a filtering of migrants among all signatory parties to the protocol, entailing the reinforcement of border controls to curb the illegal passage of migrants," Biljana Popovic-Ivkovic said.

Participant countries have agreed to send extra police forces to the Greek-Macedonian border as part of the joint initiative.

Migrants would be identified and registered once at the entry to Macedonia. As part of the identification process, migrants would be required to submit biometric data, verify their nationality with documentation and prove that they have fled war-torn regions.

© AFP 2019 / Carsten Rehder
Domino Effect: More Borders in EU Will Be Closed as More Migrants Arrive
Under the new rules, registered refugees will be transported from the Macedonian town of Gevgelija to Austria where they will be able to apply for asylum. Austrian officials announced on Wednesday asylum applications would be capped at 80 per day, and no more than 3,200 border crossings into Austria.

All participants of the agreement will also exercise individual controls over migrant inflows, and ask neighboring Bulgaria and Albania to uphold the initiative.

In recent months, Europe has faced an enormous influx of migrants fleeing war and poverty in the Middle East and Africa. Many refugees use transit routes through the Balkans, specifically through Serbia, to reach more prosperous countries in Western Europe.