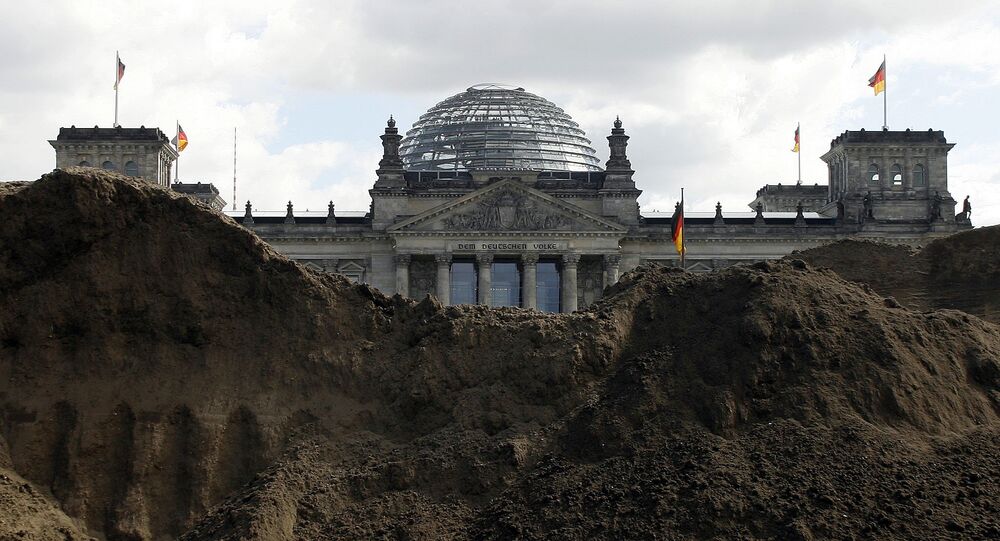 The West should never have expected its use of economic pressure to compel Russia to change its course; the failure of its sanctions only illustrates that there is no alternative to a diplomatic dialogue between Germany and Moscow, according to Lower Saxony's Prime Minister Stephen Weil.

© Sputnik / Aleksey Nikolskyi
Bavaria Interested in Boosting Cooperation With Moscow Region
The head of Lower Saxony, Germany's fourth most populous federal state and second largest in terms of area, has called for a lifting of anti-Russian economic sanctions.

“It should have not been expected from the very beginning that Russia would change its course due to some imposed economic sanctions,” Stephen Weil said in an interview with a local radio station, NDR 1.

The restrictions bring no improvements, the politician further acknowledged, and there is no alternative to a diplomatic dialogue between the two.

The prime minister added that Germany can’t proceed without forging an effective relationship with Russia and shouldn’t even attempt to do so.

© AFP 2021 / CHARLY TRIBALLEAU
Last Straw? EU Farmers ‘Erect Barricades' to Protest Anti-Russian Sanctions
His view is echoed by another high-profile German politician.  Horst Seehofer, Prime Minister of Bavaria, the largest of the 16 federal states of Germany, has repeatedly urged Berlin to rethink the mechanism of economic sanctions against Russia and deescalate tensions with Moscow.

“Sanctions bring incredible damage to Bavaria’s economy and agriculture,” the politician said in an interview with the newspaper Bild am Sonntag.

“We should question ourselves: do we have any grounds for the automatic extension of sanctions, for the sanctions "once and forever. “

Earlier in February, Horst Seehofer visited Moscow at the invitation of Moscow Mayor Sergei Sobyanin, where he met with a range of senior officials and President Putin at his residence in Novo-Ogaryovo in Moscow Region.

© East News / BARTOSZ KRUPA
Germany Ready to Accept Negative Effect of Sanctions Against Russia
The reciprocal measures introduced by Russia in response to the sanctions imposed by the EU and the US are believed to have caused as much as 100 billion Euros of damage to the EU and endanger over 2 million jobs, according to German daily Die Welt

Die Welt, which cited the research results of the Austrian Institute of Economic Research released in June said that a total of 500,000 jobs are under the threat of liquidation only in Germany.

The German economy is expected to lose 27 billion Euros and its GDP will contract by 1% in the coming years, according to experts’ estimates.