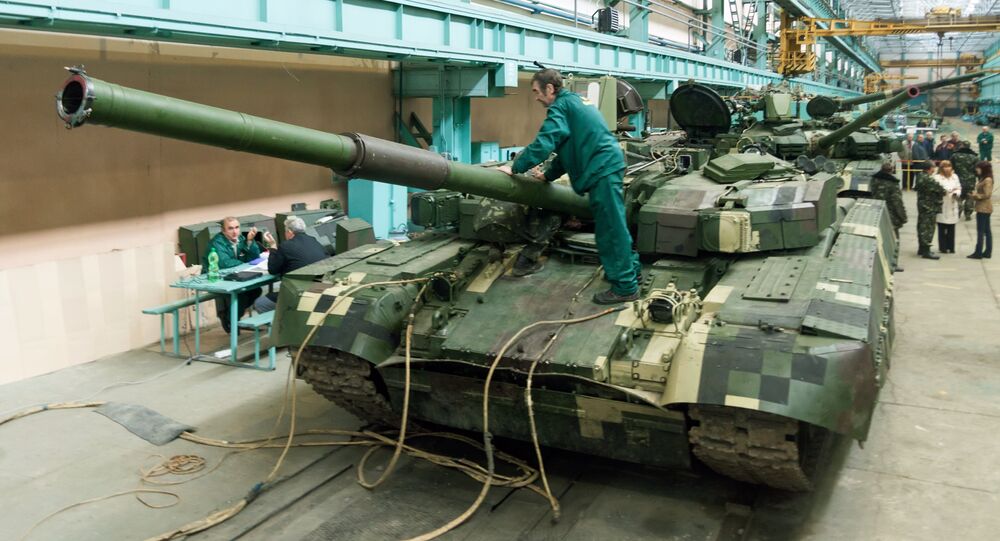 "Ukraine has said that it wants to become a major defense exporter," Pyatt said. "I am very glad to see at this conference today a large number of US defense industry representatives… They have the ability to bring to you best-in-the-world technology and their demonstrated expertise at integrating with other international partners."

© AFP 2020 / SERGEI SUPINSKY
Pentagon in Close Contact With Ukraine on Next Steps in Defense Cooperation
Ukraine began rebuilding its armed forces following the 2014 decision by its former territory, Crimea, to rejoin Russia via a popular referendum.

Since, the United States has provided $266 million dollars in security and defense-related assistance to Ukraine, with another $335 million in training and equipment earmarked for what Pyatt called, "our Ukrainian partners."

Pyatt further noted that the goal for Ukraine’s military in 2016 is to move beyond emergency responses to moves by Russia’s military, and focus on defense cooperation with the United States in order to establish NATO-standard military structures.

Russia has repeatedly warned that NATO’s attempts to expand on its borders, as well as more recently amass troops and equipment, constitute provocative acts that are contrary to previous agreements and can undermine regional and global stability.

Parts of US Military Aid to Ukraine Outdated - Commanding General