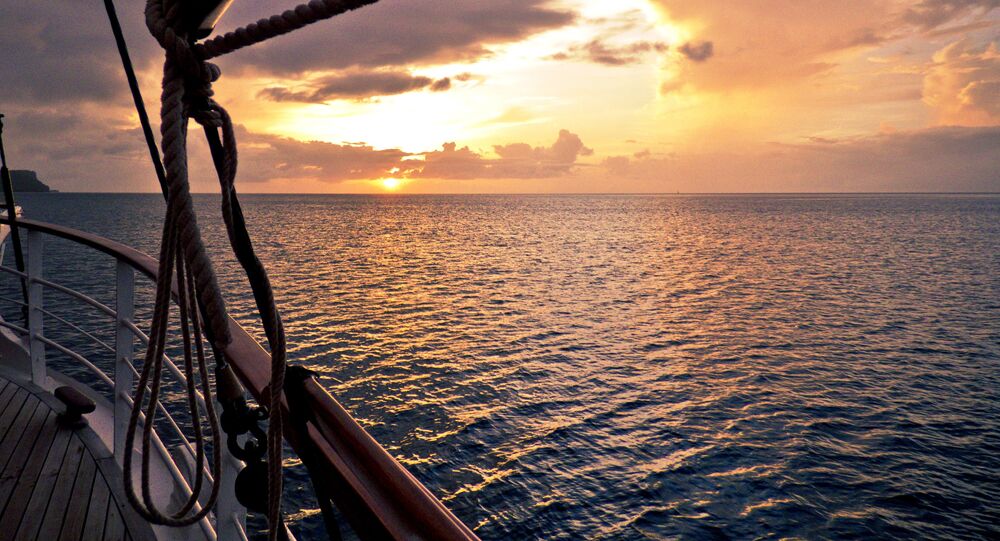 One of the world's largest cruise ships could become home to up to 1,800 asylum seekers in Sweden. Tabloid media have revealed a plan by Swedish authorities to place people seeking asylum on board a big ship to ease the burden on housing.

© REUTERS / Ints Kalnins
Not in My Neighborhood: Has Nordic Tolerance Reached Its Peak?
The provision of enough emergency shelter for all of the asylum seekers remains an issue for the authorities. The number of people seeking asylum in Sweden increased dramatically from 6,619 in June 2015 — to 39,196 in October 2015, with around 4,000 and 5,000 asylum seekers arriving each month.

In response, the Swedish Migration Agency revealed plans to use a massive cruise ship that once sailed around the Canary Islands in the Mediterranean, known as MS Island Escapes, according to a report in The Local.

"It has been a very difficult autumn where are ability to handle the task has been tested to the absolute limit," said Anders Danielsson, Migrationsverke, the Swedish Migration Agency.

US ship managers have applied for permission to dock the vessel called the Ocean Gala on the east coast of northern Sweden, making it the country's largest hub for asylum seekers.

This is Ocean Gala, once #Sweden biggest cruise ship now will be temporary home to #refugees https://t.co/NwGnlmnNu1 pic.twitter.com/1ya6fOtr2Q

Swedish tabloid Aftonbladet reports that a US contractor has agreed to provide floating accommodation for the migration agency and has applied for planning permission to dock it in Härnösand.

"We don't have any options about where it is. It's all about finding a harbor that suits," Migrationsverke spokesman, Willis Aberg told Swedish tabloid Aftonbladet.

However, some local councilors are concerned that the former cruise ship is too big and if permission was granted, would become Sweden's biggest hub housing asylum seekers on the sea.

"The building of housing for 1,000 — 1,800 people should be preceded by proper planning, even if the installation is of a temporary nature," Härnösand councilor, Fred Nilsson told TT newswire.

© AFP 2021 / TT NEWS AGENCY / STIG-AKE JONSSON
Dirty Little Secret: Criminals Goldbricking on Refugees in Sweden
The number of people seeking asylum in Sweden tripled in 2015, with nearly 163,000 applications sought by December 2015. "Never before has Sweden received such a large number of asylum seekers," according to Migrationsverke, the Swedish Migration Agency.

The forecast for Sweden, however — and indeed the destination of the floating hub for asylum seekers — remains uncertain.

"It is hardly possible to talk about a forecast any longer", said Anders Danielsson.

"The future will be based entirely on political decisions and action at EU level and in Sweden.

Meanwhile, the future for asylum seekers who have already fled across land and water to reach Sweden could be on board another boat.