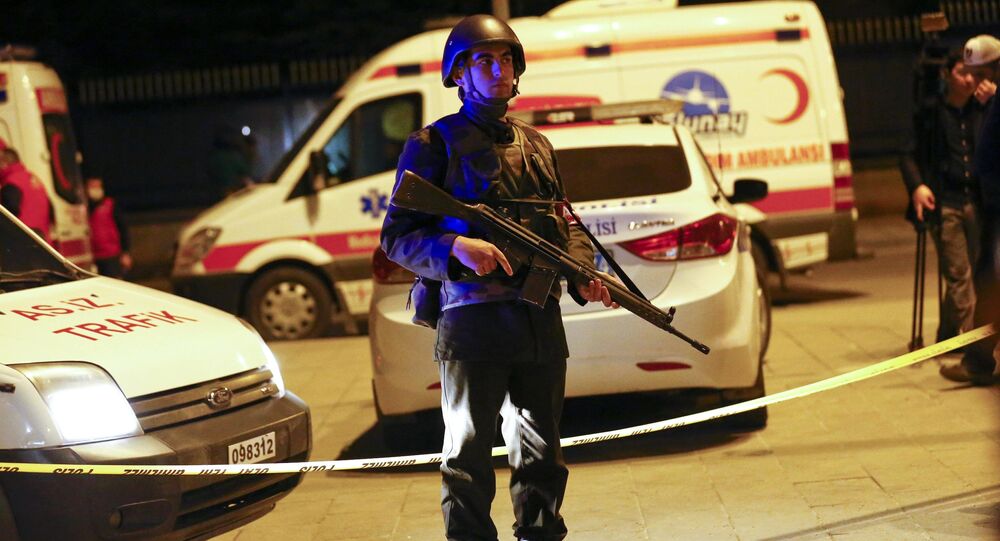 Turkey's Terrorist Attacks Must Not Be Pretext for 'Collective Punishment'

There is a risk that the Turkish government will use the recent terrorist attacks in the country to pursue retribution against political enemies, human rights campaigner Osman Isci told Sputnik.

A recent spate of terrorist attacks is a result of policies pursued by the Turkish government, and there is a risk that Ankara will react violently against political opponents, human rights campaigner Osman Isci told Radio Sputnik.

​"In fact these (terrorist attacks in recent months) are all a result of the policies based mainly on violence that violate our human rights and right to life," Osman Isci from the Human Rights Association (IHD) NGO told Radio Sputnik.

© REUTERS / Umit Bektas
Daesh Responsible for Ankara Terrorist Act, Not Syrian Kurds
"If there is a perpetrator, if there is a responsible figure for this attack, of course he or she should be brought to the court. But these kinds of attacks should not be used as a pretext to launch another round of war, to escalate violence," Isci said, warning that such a response would lead to more violence and loss of life.

"We as human rights defenders denounce the security-oriented violent policies which we have been experiencing since last July."

© AFP 2021 / Adem Altan
Terror Takes Hold in Erdogan's Turkey as Ankara Struggles to Stem Violence
Isci said that at least 200 civilians have been killed since July 2015, when Turkey resumed its conflict with the militant Kurdistan Workers' Party (PKK) in southeastern Turkey after a two-year ceasefire.

Isci said that his organization is against war and committed to solving problems in Turkey and Syria through dialogue, rather than violence.

"We are against war, not only in Turkey but outside Turkey, in this case in Syria, because we believe that the problem in Syria can be solved through dialogue rather than escalating violence and war. If it is used as a pretext, it will lead to more human rights violations than a permanent solution."