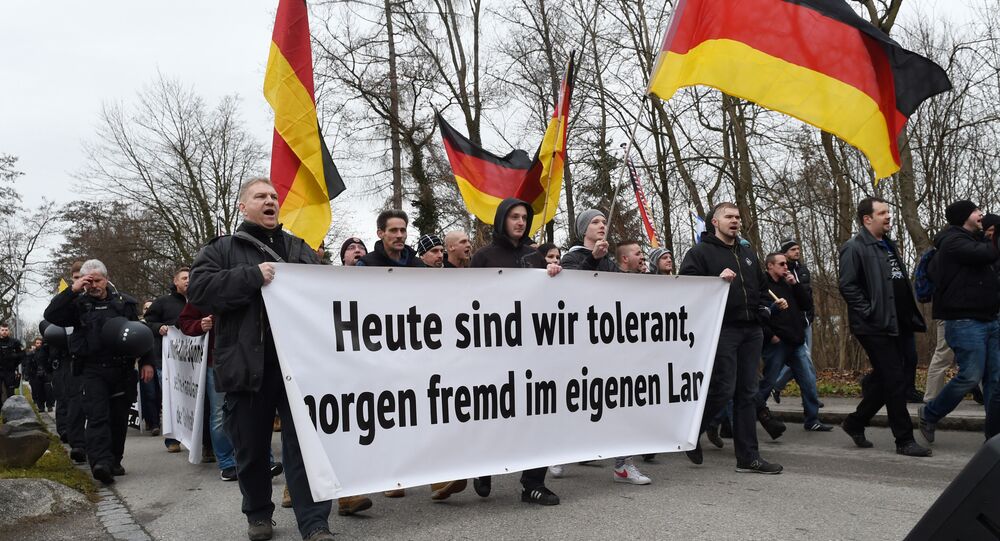 Markus Söder, finance minister for the southern German state of Bavaria, says the European Union is closer to failure than many are willing to admit and is calling for 350,000 refugees to be deported.

In an interview with Die Welt, Markus Söder says Europe will only work if its external borders are properly protected. The Bavarian finance minister also says the reality of the situation is that between 2,000 and 3,000 refugees arrive daily in Bavaria.

Söder told Die Welt that the number of refugees arriving in Europe must be capped at 200,000 in 2016.

© AFP 2021 / DPA/Bernd Von Jutrczenka
Rebellion? Eastern Europe ‘Starts Open Confrontation With Merkel'
Eastern European countries have stepped into help Macedonia mange its border with Greece which has been given three months by the EU to properly secure its external borders and process every asylum seeker and refugee properly — or face expulsion from the Schengen zone.

Greece is also under huge economic pressure, forced to implement tax and pension reforms in order to receive more money from the EU; while still facing a potential "Grexit" from the Eurozone.

People on the Balkan route to Europe https://t.co/KN3sFmR7ea #RefugeesCrisis pic.twitter.com/G03u2COQGV

However, Söder suggests the Eurozone crisis should not be mixed with the country's refugee crisis.

"You will need to think about the consequences… security is the basis for economic stability.

"We need a national Abschiebeplan — an agreement between federal and state governments. If we make the current recognition rates as the basis, 350,000 people should be deported… This must be done consistently and quickly," Söder said.

Speaking ahead of the EU summit, the chancellor said the failure of EU countries to commit to relocating 160,000 refugees was "laughable."

The German government expects half a million more refugees to arrive this year.