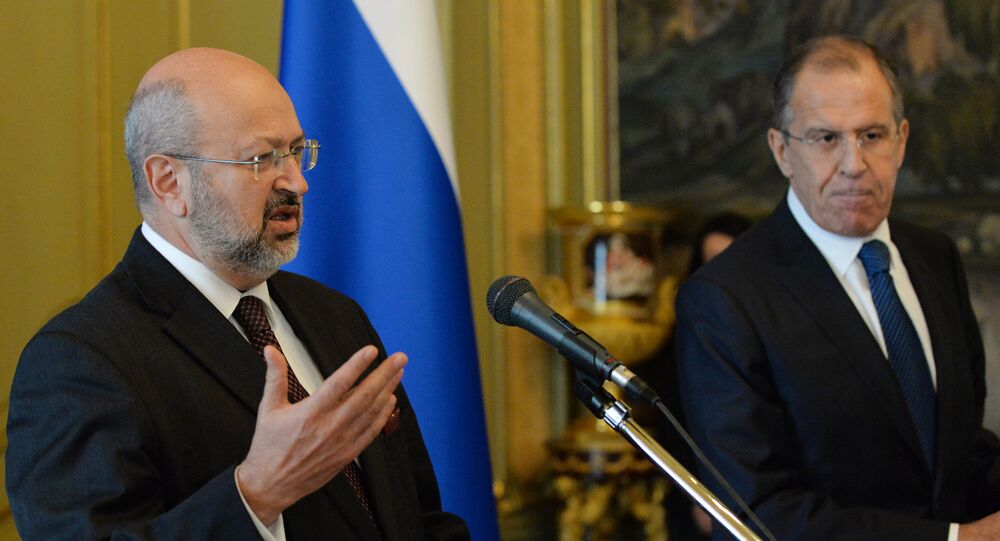 Russian Prime Minister Dmitry Medvedev warned the world was slipping into a "new Cold War." Now the man charged with overseeing European security has echoed the sentiment, saying that the system ensuring balance between NATO and Russia was breaking apart.

Lamberto Zannier, the security-general of the Organization for Security and Co-operation in Europe (OSCE), shared the concerns raised by the Russian prime minister at the weekend's Munich Security Conference, saying that security in Europe was becoming an increasingly concerning issue.

We are rapidly rolling into a new cold war exactly at a time when cooperation is paramount https://t.co/OFa6CYr6Kg pic.twitter.com/x77fQlmNo8

"We are losing the tools and the kind of logic that we had during the cold war. Everything is more unstructured," Zannier told the Financial Times, hinting that the current situation may in fact be worse than during the Cold War.

"There is still an effort to maintain the structure of agreed pattern of behaviors but if we lose that then there are no more rules."

The OSCE monitors how Russia and NATO member states comply with the various post Cold-War era treaties relating to military bases, exercises and other deployments, designed to reduce tensions in Europe.

Flor: We need to be realistic and identify common steps of working with Russia however small

While many of these treaties are still in place, Zannier raised concerns about the commitment to cooperation, with disagreements on both sides putting such agreements in doubt.

Russia last year pulled out of the Conventional Forces in Europe (CFE) treaty, citing NATO provocation, while there have been questions regarding the military alliance's interpretation of CFE rules, which have further increased tensions with Moscow.

Dvorkin: We need concrete steps to overcome mistrust so that we not only talk but also do something

Chief among the concerns is NATO's deployment of thousands of troops in eastern Europe on a "rotational basis."

While NATO chiefs say the action is merely a re-appropriation of resources, Moscow formally protested the moves, arguing that such developments are provocative and counter-productive in reducing tensions associated with the Ukrainian conflict.

While the disagreements and criticisms continue from both sides, Zannier warned that the erosion of such agreements was a sign of great concern in Europe.

"It is more unpredictable than the cold war… It is much more difficult to look ahead and have a sense of what is needed."

While offering an olive branch to the West and urging greater cooperation, Russian PM Medvedev used his Munich Security Conference address to criticize the recent actions of the European Union, saying the bloc had become a "belt of exclusion" to outsiders like Russia, rather than a "belt of friends".

He warned the world was walking into a "new Cold War", before asking:

The tensions stemming from the Ukraine crisis were clearly still on show in Munich, with NATO Secretary-general Jens Stoltenberg accusing Russia of "destabilizing the European security order".

"Russia's rhetoric, posture and exercises of its nuclear forces are aimed at intimidating its neighbors, undermining trust and stability in Europe," Mr Stoltenberg said.

Vast differences and disagreements remain between Russia and the West over a series of issues, including the conflicts in Ukraine and Syria, with OSCE chief Zannier noting that the two parties were "in different worlds" in their approach and had "different narratives".

"There are really diverging perspectives and there is great difficulty in bridging them… There are a lot of monologues but not much dialogue."