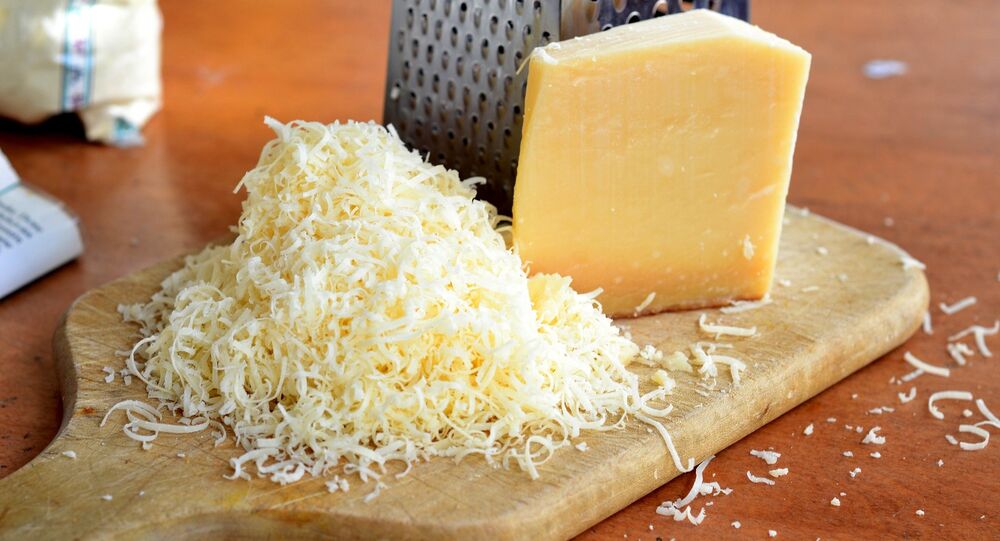 The Italian ambassador to Moscow revealed what he thinks about Russian-made cheese in a recent interview with RIA Novosti.

Office of Rosselkhoznadzor for Belgorod region
Why Russia is Not Rising Up Against the Destruction of Parmesan
Russian-made parmesan and mozzarella cheeses are okay, but they have nothing to do with their Italian inspirations, Cesare Ragaglini said.

When asked to say a few words about the Russian analogue of parmesan, the ambassador described it as “interesting” but still advised to look for the real thing in Italy, at least as long as the sanctions stay in place.

“Well, I tried it – it was fun,” Mr. Ragaglini chuckled when asked if he had tasted the Russian analogue version of the world-famous cheese brand.

He said he had heard about Italians making mozzarella and burrata in the Caucasus.

“That’s some pretty good cheese they are making down there, but, to be frank, it has nothing to do with the real Italian mozzarella… You know, there are foods whose quality depends on the soil, the climate and how the cattle is fed,” Ragaglini noted.

He noticed that the only place they make parmesan in Italy is Parma.

“Parmesan is arguably the most falsified cheese around, but anyone who tries it once will surely feel the difference,” he emphasized.
The ambassador advised those missing the real thing to buy a ticket to Italy and go right where they make parmesan cheese.

“Or you can just ask your Italian friends to give you a slice or two,” Cesare Ragaglini smiled.

© AP Photo / Jacquelyn Martin
US, EU Concerned Over Russia's Import Substitution Program
After the EU and the US imposed sanctions on Russia over the its alleged involvement in the Ukrainian crisis, Moscow responded with restrictions of its own, banning food imports from the countries that sanctioned it.

Amid the food embargo, Russian officials decided to launch an import substitution program in the agriculture sector aiming to independently provide the country with foodstuffs by 2020.

Why Russia is Not Rising Up Against the Destruction of Parmesan