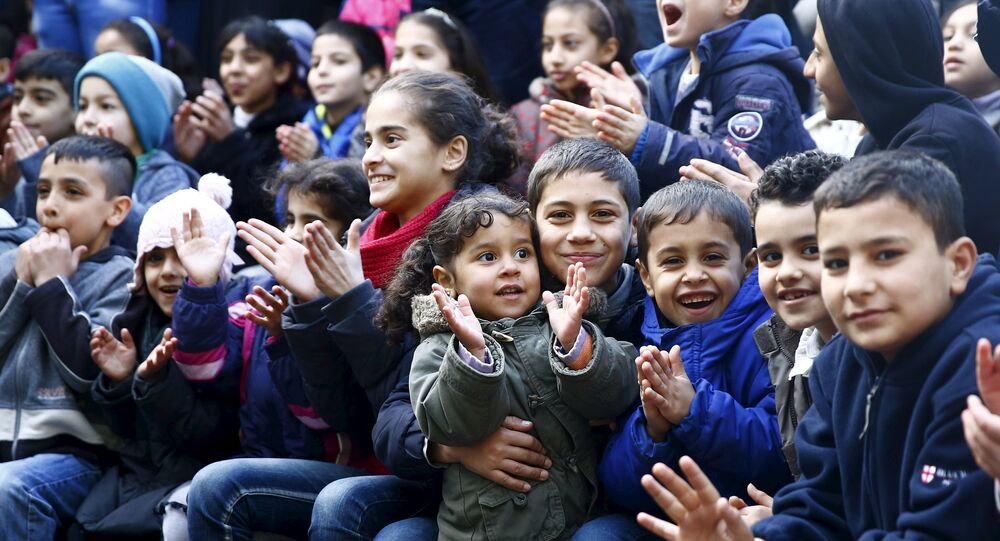 The UK Home office appears to have deported thousands of former child refugees that entered the country without adults, to their homelands, including countries gripped by extreme violence, including Afghanistan, Syria and Iraq.

© REUTERS / Jamal Saidi
10,000 Migrant Children Vanish Without Trace in Europe
British migration officials revealed that 2,748 former underage asylum seekers were sent back to their countries of origin over the last nine years. The majority were sent to Afghanistan and over 650 have been returned to Iraq, including some 60 grown-up minors deported since 2014, the year that marked the emergence of the Daesh (Islamic State) terror group.

The young people were deported after they turned 18, after years in the UK. Many of those were going to schools in Britain and had no link to their homelands.

According to the Bureau of Investigative Journalism, some of the Afghani repatriates reported that they were chased, kidnapped, ransomed or abused by the Taliban after returning to Afghanistan.

© REUTERS / Giorgos Moutafis
Europe's Refugee Crisis a 'Legacy of Hypocrisy', Economists Tell Sputnik
State officials, it was learned, did not make clear the true scale of deportations. Official statistics as of November 2015 underestimated the figures for those repatriated to their countries of origin by a whopping 250 percent, according to the Bureau of Investigative Journalism.

Louise Haigh, a Labour Party member, called the figures “shocking,” and called on the government to address the “shameful” practice.

"Children who flee countries ravaged by war in the most appalling of circumstances are granted safe haven and build a life here in the UK, but at the age of 18 can be forced onto a charter flight and back to a dangerous country they have no links to and barely any memory of,” she stated.

Timothy Farron, leader of the UK Liberal Democrats, said that many of those children, now teenagers, had clearly ‘integrated’ into British society before the government banished them.

© AFP 2021 / ANP / ROBIN UTRECHT
Czech Leader Condemns Migrants for Exploiting Kids to Stay in Europe
“Deporting them to countries, particularly those who we wouldn't send our own children to in a million years, makes little sense. We do need a sustainable, long-term plan for these children."

Deportations have been suspended in light of the revelations, but the Home Office has insisted, in an ongoing court of appeal case, that the extraditions must continue.

"All applications to remain in the UK are considered on their individual merits, including an applicant's age, the length of time they have spent in the UK, their ability to reintegrate and any compelling or compassionate circumstances," a department spokesperson said.

© AFP 2021 / VALERY HACHE
No Kidding: Hundreds of Egyptian Child Migrants Arrive in Italy
Immigration officials apologized for not providing the public with accurate numbers of those deported, pointing to "an error during the extraction process.” Haigh, however, expressed doubt that the government organization is interested in preventing “these extremely vulnerable young people” from being deported to war-torn countries.

"How can Ministers claim to protect vulnerable people in the immigration system when they don't even know how many they were supposed to be protecting," he said.