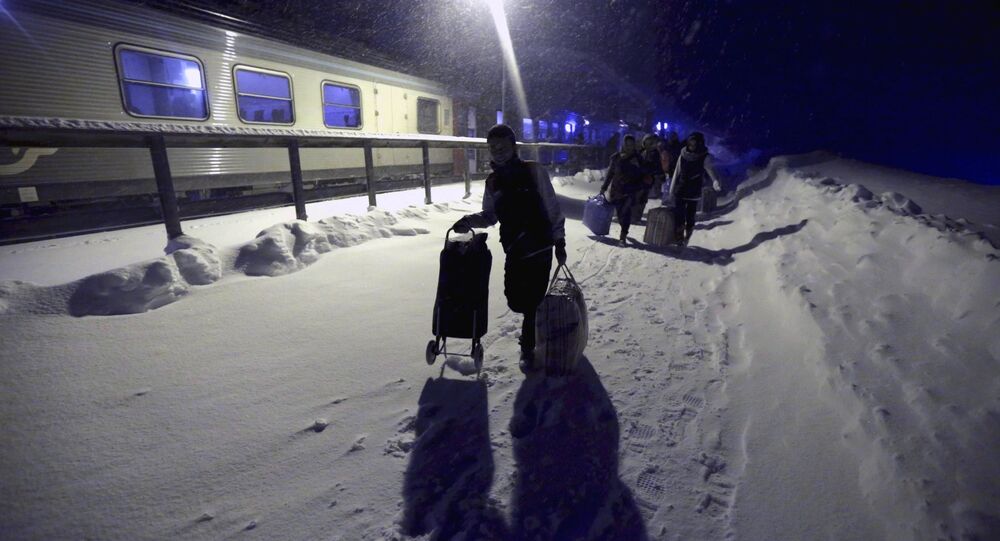 Scandinavian countries are increasingly under fire for what critics deem as acts of intolerance towards newly-arrived refugees.

Nordic countries — traditionally regarded as stalwarts of open-mindedness and integration — are showing signs of strain due to the overwhelming influx of migrants over the last few years.

This became more than apparent in Norway which planned to post security officers near a school in Oslo to stave off assaults by refugees. Critics labeled the decision as "intolerant" whilst authorities defended their choice to add "extra supervision." The plans, however, have since been withdrawn.

Similar criticism has been leveled at the dwellers of the Swedish town of Kalix, who recently signed a petition against a project that would transform a historic building into an institution for unaccompanied refugee minors.

Taking the polar route: the #refugees in limbo in Norway: https://t.co/P5uBzOiTOo via @guardian pic.twitter.com/tpuI7cU4VM

At a more general level, Scandinavia's political world has been witnessing a populist surge since about 250,000 refugees arrived last year. Far right parties in Sweden and Denmark are currently competing for the top position in polls and in parliaments.

But even mainstream parties and ordinary citizens are taking a less open stance on immigration issues. This trend is clearly shown by recent welfare cuts for newly-arrived refugees, as well as additional ID checks.

A February poll revealed that 40 percent of Swedish people were deeply worried about immigration.

For Ylva Johansson, Swedish minister for employment and integration issues, this is not due to intolerance but to the fact that many refugees fail to find a job, and end up loitering in and around asylum centers.

"Most Swedes are not racist," Johansson said. "But when there is this special asylum housing, when they cannot work, and cannot be part of society, this is really a tension.

"This is a dangerous situation… We have a lot of people in no man's land.. living outside society."

Johansson's claims where in some way echoed by Pia Almvang, the leader of the Parents' Association at the Oslo school where security had been scaled up. The school itself is close to a recently-inaugurated 600-people refugee center.

"It's a big change happening close to us. In all neighborhoods there are concerns," Almvang said.

"The parents just want to look after their kids," she added.

All this seems dramatically at odds with the Nordic countries' history of tolerance — from welcoming Vietnam draft dodgers in the 1960s and 1970s to the aid and support given to refugees from the 1990s Balkans war.

A possible explanation is that Nordic states fear that the humongous influx could have dire economic repercussions, especially from a fiscal point of view.

According to an IMF study, Sweden is going to spend the 1 percent of its GDP on asylum seekers in 2016, the highest figure among the countries surveyed.

Scandinavian countries' public services — from schools to hospitals — are also expected to be under extreme pressure as a result of the migrant influx.

As a result, while Scandinavians' tolerance might not be in question, they could be adopting an increasing "not-in-my-backyard" attitude.