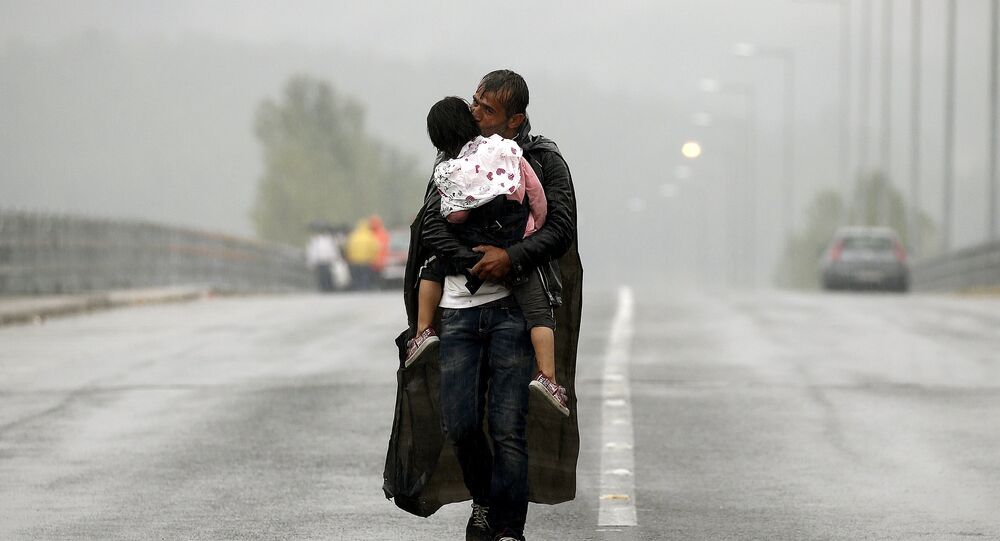 Members of the majority German CDU party argued that Greece must be excluded from the Schengen area amid the ongoing refugee crisis.

A number of German politicians have accused Greece of ignoring its responsibility to protect the external borders of the European Union, from which refugees continue to flood Europe using the Balkan route, German magazine Spiegel Online wrote.

"If a European agreement on the refugee issue won't be reached, Greece should be excluded from the Schengen Agreement," CDU member Wolfgang Steiger told German newspaper Die Welt.

According to him, Greece is failing to protect the external borders of the European Union and is responsible for the deteriorating situation with migrants.

"We have no time to wait, when Greece will start to adhere to European standards. If the country does not fulfil its obligations, the Schengen area should ‘move' towards Central Europe," Steiger said.

© REUTERS / Aris Messinis
Violence and Protests Amid Rising Anger in Greece Over Refugees & Austerity
Greece has been under pressure for several months, because most of the refugees arriving in the country continue their journey through the Balkans to Austria, Germany and Sweden without any restrictions. The uncontrolled influx of migrants has overwhelmed many European countries and has forced them to introduce controls at the internal borders of the Schengen area.

Recently, Hungary, Poland, Czech Republic and Slovakia announced their readiness to support Macedonia's closure of its border with Greece, thus blocking the Balkan route. However, the closure of the border would lead to the situation in which Greece would be practically isolated from other countries of the Schengen area.

According to him, the exclusion or isolation of one of the EU member states would be nothing more than an illusory solution "poisoning the European debate."

"One cannot just redefine the borders of Europe, regardless of the states concerned," Gabriel wrote, stressing that the "efficient process of registration, adequate accommodation and fair distribution of refugees" are more important for the resolution of the current refugee crisis than such radical steps.

Over the last few months the European states have been arguing about the distribution of refugees and other means to protect the EU's external borders. The issue is to be discussed during negotiations at the upcoming EU summit on Thursday and Friday in Brussels.