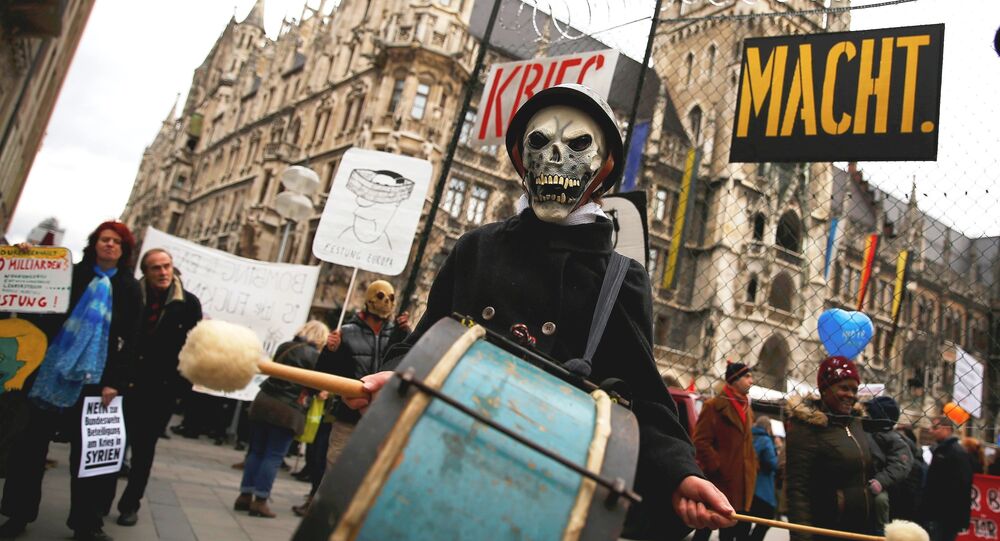 Following months of criticism from within the EU, Germany and even her own party, the future of German Chancellor Angela Merkel appears to be under greater pressure, after critics and allies alike slammed Berlin's refugee policy at the weekend's Munich Security Conference.

Merkel's plea for European "solidarity" on the issue of refugees now appears to have been rejected by the majority of her peers, with the chancellor's plans to come to a consensus with other member states on how to deal with the migration crisis seemingly destined to fail.

While Merkel wasn't at the Munich conference in person, perhaps the most telling message came from Paris — traditionally Berlin's closest EU ally — with French Prime Minister Manuel Valls openly declaring that France rejects Germany's refugee policy, which includes obliging EU member states to take part in a distribution of refugees throughout the bloc.

With his party under heavy criticism at home as well, Valls told the Munich conference that the mood in France was "not favorable" to Merkel's call for a permanent quota system to help redistribute refugees entering Europe.

"Europe cannot take in all the migrants from Syria, Iraq or Africa […] It has to regain control over its borders, over its migration or asylum policies," he told German media.

This rejection of Berlin's plan has led many commentators to suggest that the German-led proposal, which includes initiating a quota resettlement system in return for Turkish help to stem the flow of refugees into Europe, is destined to fail.

If we fail to normalise the situation in Syria and other conflict areas, terrorism will become a new form of war practiced worldwide

It is also expected to strengthen the resolve of central and eastern European EU members, headed by Hungary, who have staunchly rejected pressure to accept such plans.

The criticism didn't just come from key allies either, with Russian Prime Minister Dmitry Medvedev, who has been at loggerheads with Merkel over issues such as the Ukrainian and Syrian conflicts in recent years, launching a scathing critique of Germany's approach to the migration crisis.

Can we unite in order to stand up against the challenges we face? Yes, I am absolutely sure that we can pic.twitter.com/SzvcMgfLMk

"It's quite simply stupid to open Europe's doors wide and invite in everyone who wants to come to your country," Medvedev told German newspaper Handelsblatt.

"European migration policy is a total failure, all that is absolutely frightening."

Rebellion From Outside and In

The crisis has also stirred internal bickering, with hugely unpopular opinion polls in Germany leading to criticism and defiance from some Merkel's own ministers and coalition party allies.

"When we start treating refugees who are fleeing from war and prosecution as criminals…" @SalilShetty at #MSC2016 pic.twitter.com/oCDHC1ALeX

Chief among the critics is Horst Seehofer from Merkel's hugely influential Bavarian sister party, who has been an outspoken skeptic of the refugee approach, and who recently defied the chancellor by traveling to Moscow to meet with Russian President Vladimir Putin amid calls for Berlin to improve relations with Moscow.

Despite attempts from German Defense Minister Ursula von der Leyen to call for European solidarity on the issue of refugees, and praise from US Secretary of State John Kerry, who lauded the chancellor's "great courage" and leadership on the matter, it seems the controversial nature of Merkel's approach to the refugee crisis has eroded the popular support she once enjoyed.

With criticism and defiance coming from Europe, Germany and even her own party, many are questioning what the future will hold for the woman long dubbed the "Queen of Europe."