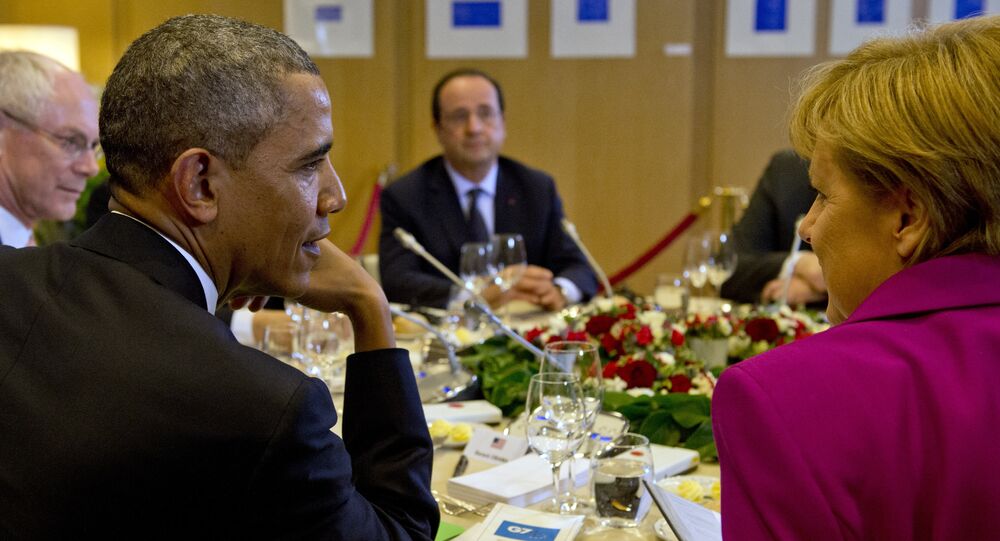 © AP Photo / Markus Schreiber
Merkel ‘Follows US Orders' by Stepping Up Germany's Defense Budget
The Munich Security conference turned out to be a PR-party of US neoconservatives, whose main goal was to soil Russia's reputation and present it as the world's number one enemy.

A half a million euros was spent on the security for the event in 2015, a large difference compared to 350,000 euros in 2014. How high will be the costs for 2016 is yet unknown — but it would be a big surprise if the event would recieve less money than before, the article said.

According to the newspaper, US President Barack Obama does not support the US-neocons and is trying to work together with Russia in order to deescalate the situation in Syria. He has received support from German Foreign Minister Frank-Walter Steinmeier, who again has proved to be the voice of reason.

At the same time, Angela Merkel may be considered Neocons herself as the federal government under her leadership has invested huge amounts of money into the conference which has proved to be a pure farce.

"The fact that taxpayers — even those who did not vote for Merkel — are forced to finance the anti-Russia Party — is outrageous," the newspaper wrote.

According to the newspaper, if the conference aimed for reasonable dialogue, such high spending could be justified. But the ultimate goal of the conference seems to be in creating anti-Russia propaganda and it remains unclear why Germans should finance such a controversial event.

"It is perfectly legitimate for everyone to promote its own position," the newspaper wrote. "However, the US politicians should finance their PR by the money of [their own] taxpayers."