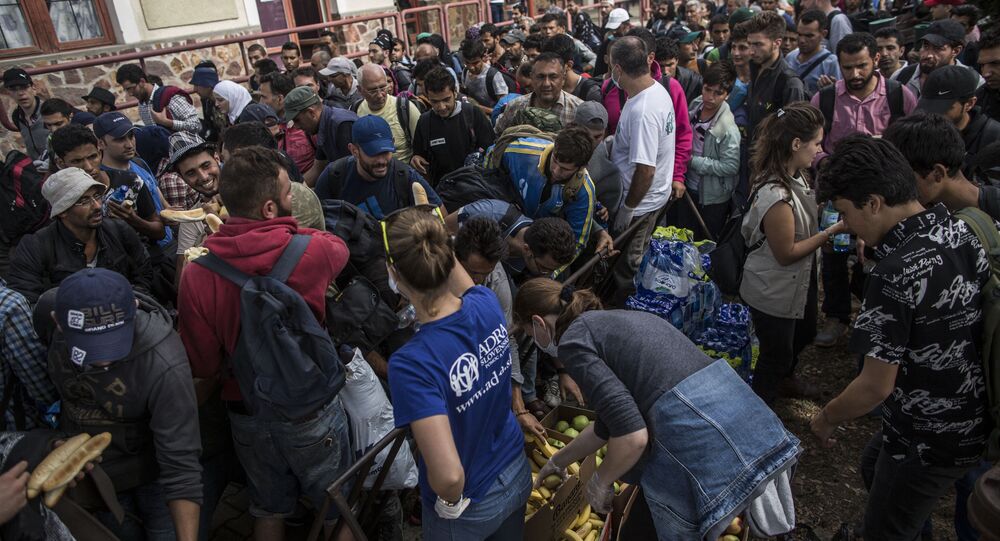 Slovak Prime Minister Robert Fico said that Germany has voiced its protest against a Central European summit on seeking solutions to the migrant crisis through bolstering border checks with frontier EU member Greece.

"Germany protested the Slovak Ministry of Foreign Affairs State Secretary due to this summit, supposedly to find other pathways," Fico told reporters as quoted by the Slovak Pravda newspaper.

The so-called Visegrad Group summit – an alliance of Czech, Hungarian, Polish and Slovak leaders – is scheduled to discuss a backup border control system with Macedonian and Bulgarian leaders in Prague on Monday.

"If Greece does not want to protect the Schengen border, we should offer other options…We want to form a consensus among the V4 countries that if Greece does not work and it really does not work, it is profitable to invest money into border protection, which separates Greece from Macedonia, Bulgaria and the other countries on the line," Fico stressed.

The Slovak prime minister named Berlin’s protest against the V4 summit a demarche.

The prospect of reinstituting border controls with Greece surfaced last month after Austrian and Czech officials expressed their disapproval of Athens’ failure to secure its borders as a transit country for migrants travelling further north.

Germany to Slash Benefits for Migrants Reluctant to Integrate